2 Young Girls Tried To Make A Fun Video, But Had No Idea What Was Creeping Up Behind Them 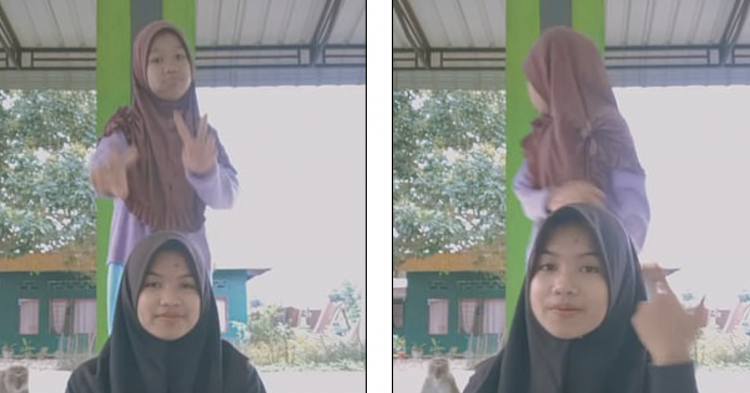 Two Indonesian girls filmed a video of them dancing for TikTok. However, an unlikely critter came up in the background and photobombed their performance. The animal was a monkey. Now, the video that was filmed by Annisa and her stepsister has gone viral across TikTok with about twenty-one million views in a short period of time – all because the mischievous monkey gets involved with the TikTok video and tries to play along with the Indonesia girls.

Annisa, 16, is from Medan in Indonesia. Medan is a province of the island nation in North Sumatra. Because her dance video had an unexpected ending, she was able to share it with TikTok and get a mega-massive response from people across the Chinese-created social media channel. 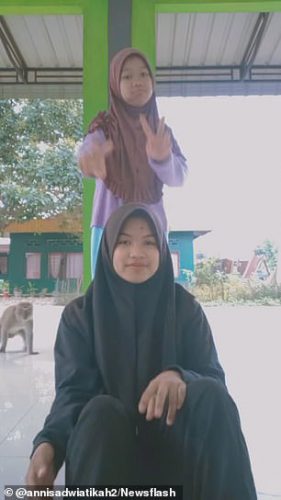 At the start of the dance video, the two stepsisters are standing in front of the camera, moving to the music. However, a macaque monkey appears in the background, which forces the girls to flee their spot. The girls flee the monkey because wild monkeys are not safe to be around. However, in their haste to get away from the dangerous animal, the girls leave the phone behind.

Instead of leaving the girls alone, the monkey carefully approaches the phone camera and then begins to play with it. Footage captured during the incident shows the monkey getting really close to the camera so that you can almost see inside the primate’s nose. 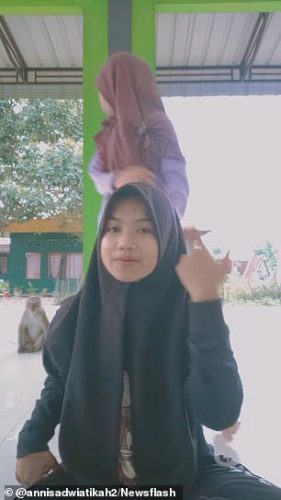 The monkey then grabs the phone and begins shaking it. Fortunately, everyone got a very close look at the macaque monkey before it begins shaking the phone. The camera footage abruptly shuts off as the monkey stares into the screen one final time. At least the monkey got its fifteen minutes of fame and was able to become a phenomenon on TikTok like so many other people who have jumped on the trend.

Annisa confessed that the monkey tried to run away with the phone. However, it dropped the device before it was able to get away from the two girls. The phone was not damaged despite what the macaque did to it, and Annisa was able to share the footage to TikTok and create viral content that people across the world want to see. 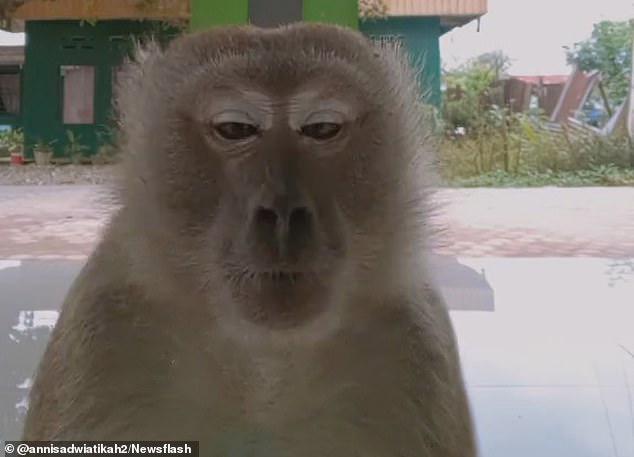 One TikTok user joked that the monkey just wanted to be TikTok famous like so many young people these days: “It just wants to join TikTok!”

Other people shared comments about the video. There were more than one hundred twenty-five thousand comments, so the following are a few that appeared near the top of the chat. Many comments are not in English because this video was created in Indonesia and TikTok is an international phenomenon. 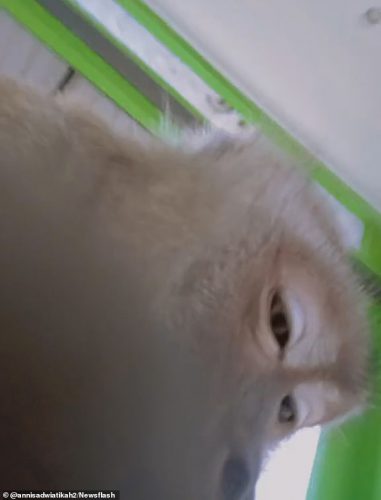 Some people gave the monkey a few lines because the animal was so engaged with filming.

“Monkey said: You got any games?”

“Monkey said: Hi, welcome back to my channel.”

What do you think about this monkey getting involved with a TikTok video? Should hits macaque monkey get its own video channel on the social media platform?