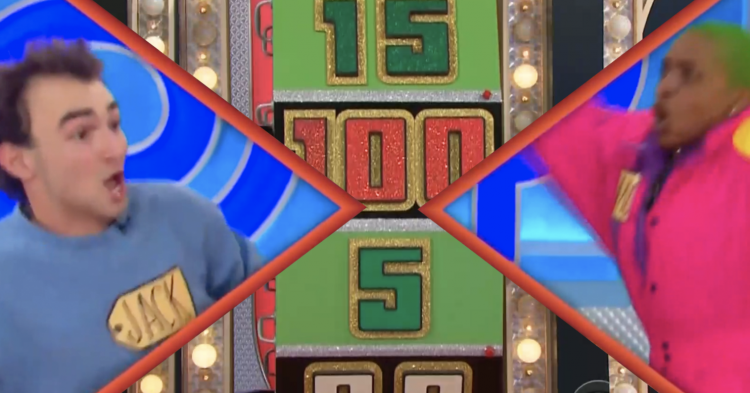 Fans of the Price Is Right were in for a surprise when something new happened on the program under the care of host Drew Carey. The magic happened when two contestants spun $1 on the Big Wheel twice. It is quite challenging for contestants to land on the $1 mark, which is why they are awarded $1,000 when it happens – however, landing on the $1 spot twice is so rare that the show gives away $25,000 just because it happened.

The first contestant on the daytime game show, Kiara Thomas, could not have had better luck on the day she was picked to play Price Is Right. On her first toss-up challenge, she bid the exact right amount, which won her $500. Then she appeared at the Big Wheel, where she spun 20 cents and 80 cents. This won her $1,000 and a chance to go to the Showcase Showdown. During this time of good luck, Thomas also spun the Big Wheel one last time – after earning a bonus spin – and was able to land on the $1 spot. This is how she ended up winning the staggering prize of $25,000.

Later that same day, on the set of The Price Is Right at Night, a young contestant by the name of Jack Zager also had some luck spinning the Big Wheel. He first spun 40 cents and then 60 cents, which got him to the $1 mark. He won the $1,000 bonus – just like Kiara Thomas did earlier in the day – and Zager also got a bonus chance to spin the wheel and win more prizes. When he spun the Big Wheel again, he was able to land on the $1 spot, which earned him an additional $25,000 in cash money.

Fans have seen contestants walk away with the $25,000 from spinning the Big Wheel. However, fans were super surprised to witness it happen twice on the same day, which was why so many people turned to social media to share their excitement about the way things happened on The Price Is Right.

Another fan wrote, “I’m watching nighttime #PriceIsRight, and it’s the second person today to hit 1$ on the wheel! Whether it’s fake or not, I’m so happy for them 25,000 is pretty nice! #corny #gameshow #old”

Unfortunately, two people have earned major prizes for spinning the $1 spot on the Big Wheel in the past. In 2017, two contestants – on the same show – took home the big prize after spinning $1 twice. Although it might have happened before a few years ago, this event was historic because it occurred on two versions of the show – the daytime show and the prime time version.

After their respective spins, Thomas and Zager went into the Showcase Showdowns. Thomas nailed her bid and won a trip to Miami plus a new car. After she was done winning on the Price Is Right, she stacked up a total of $54,549 in cash and prizes. Zager was less fortunate, overbidding in the Showcase Showdown and walking away with an additional $32 only.

What do you think about this good luck?