Critics Attack Mom When They See What She Packs In Her Son’s Lunchbox : AWM 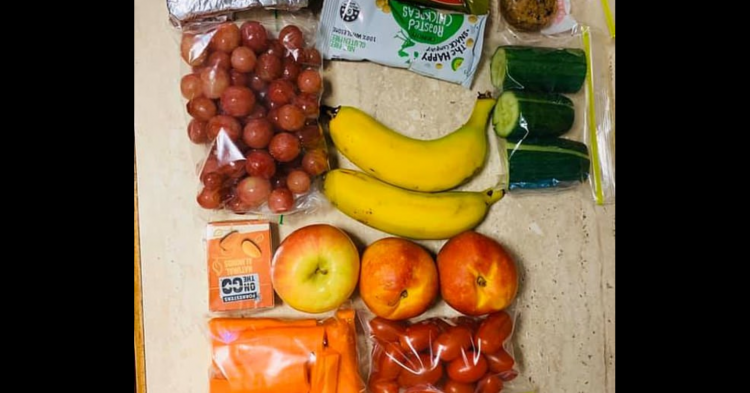 One topic that will always be divisive among parents is how much food to feed their children. Some parents believe children should be allowed to eat as much food as they want, while others nitpick over every little morsel that enters their mouth. One mom had shocked people on the internet when she uploaded a photo of the massive amount of food she stuffs into her teenage son’s lunchbox – and people are having a field day criticizing mom for overstuffing the growing youth.

While other parents accuse this mother of putting “too much” food into her boy’s bag for lunch, mom said that if she “could fit more in, she would” do it. This begs the question – just how much is this teenage boy capable of eating every day at school? 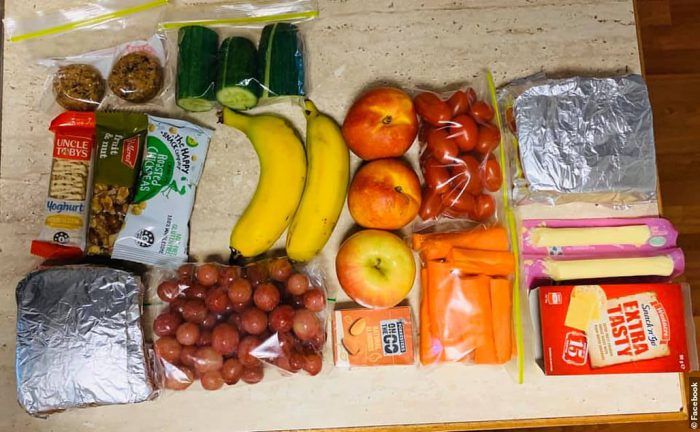 The woman shared the picture of her seventeen-year-old son’s lunchbox to the internet. She stuffed enough food in there to cover him for the entire day, including his midmorning snack, lunch, after school snack, and a little extra for when he needed brainfood while doing his homework.

“The contents of a growing boy’s snack and lunch bag for school. If I could fit more in, I would as he never stops eating,” the mom wrote to caption the shocking image.

The mother stuffed her boy’s lunch bag with two wrapped sandwiches, three energy bars, two grain bites, a sliced cucumber, two bananas, a bag of grapes, three apples, a bag of cherry tomatoes, a bag of carrots, a container of grapes, two string cheeses, and a box of cheese snacks.

If that’s not enough to feed a football team, my name isn’t Rick. It isn’t, and it isn’t.

Because mom stuffed her boy’s lunch with fruit and vegetables, making it a very healthy bagged lunch, people were still able to complain about the way mom did it – including the fact that she used disposable plastic bags to carry the boy’s food in.

“Wow, he eats more than me over two days,” another mom said, trying to guilt the other mom into thinking her boy is overeating.

“This is way too much,” another one simply stated.

While there were a lot of critics in the bunch, other moms understood the need for so much food. They said that it’s hard to keep up with their growing sons, especially when they have a lot of activities and sports to go to every week.

“What an awesome mom you are. That looks like a fantastic assortment of food for your growing boy and all healthy. You’re doing an amazing job,” one supporter added.

Another wrote, “Looks delicious. On the other hand, when my boy starts eating that much, he will be up for sale.”

“While ideally, we would mix up our children’s lunches every day, if you know that your children eat cherry tomatoes, grapes, Babybel cheese, and eggs, then give them those things. A child is unlikely to try something for the first time when it arrives in a lunchbox.”