Dad Was Upset When Everyone In The Grocery Store Was Staring At Him, Then An Employee Tapped His Shoulder 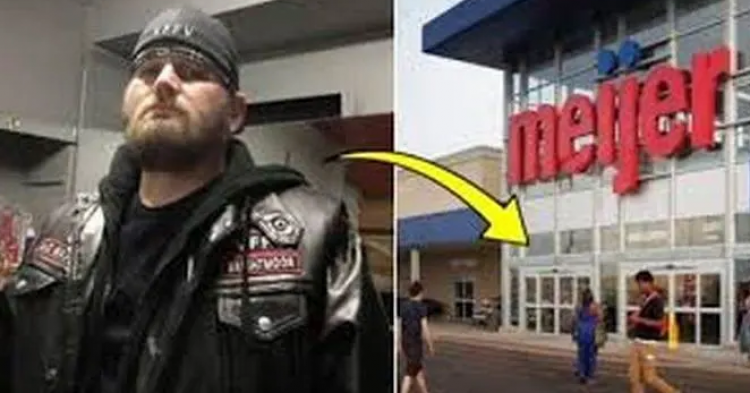 “A few weeks ago, my daughter Chelsea was really sick. My wife had to work, and Chelsea had a temperature and couldn’t keep anything down. I had to send the babysitter home and miss work! I called the pediatrician and was given a list of things I needed to keep my baby hydrated, etc. She was doing okay, so I decided to make the trip up to Meijers to get the things we needed. My daughter was doing great. She was being such a good girl. She wasn’t whining, screaming, or crying, just being a 19-month-old lol,” Auger wrote.

Dad noticed that his daughter was behaving so well in the store, he even decided to reward her by buying her a little toy that she could play with while he finished up his errand. 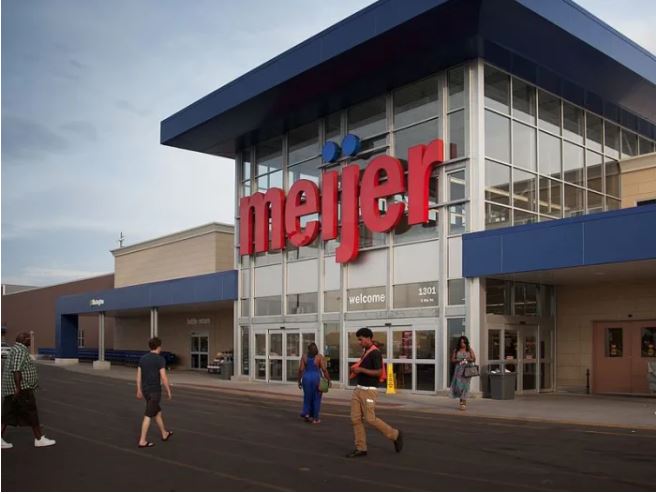 “I go into the aisle where the baby food is, and that’s when the party started! My daughter looked up at me, her eyes started to water (as I’m holding her), and she pukes ALL OVER ME and all over the aisle and the coat she was wearing,” he wrote.

Although he was covered in vomit, Auger still needed to get the things his daughter needed. But then things took a turn for the worst.

“I’m pushing her towards the front of the store, holding her in one arm and pushing the cart in the other. She starts puking again, ALL over me and the aisle.”

He wished that someone would help, but instead, they just stared at him and his sick daughter as though they were circus performers.

“Instead of helping me, people were staring! A crowd starts to form (ARE YOU SERIOUS?!). I see out of the corner of my eye what looked to be an employee,” he wrote. “I said to her, with my voice trembling and tears welling up in my eyes, feeling helpless, ‘Ma’am, can you please help me [wring] this stuff out? I have to get her home.’ Without hesitation, she said, ‘Yes sir, absolutely,’ and put her arms out to hold my kid covered in puke, so I can take my puke-covered coat off and Chelsea’s.” 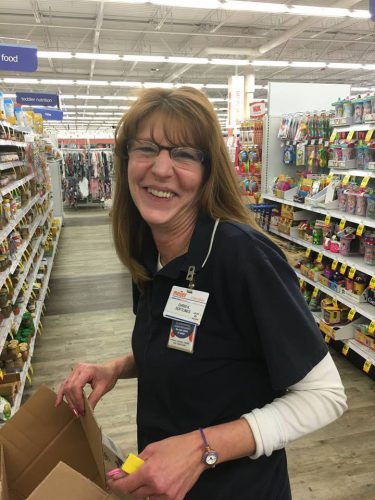 Then the employee did something that left Auger eternally grateful. She offered to help with his daughter, so he could finish getting the important items on his shopping list.

“I felt like the weight of the world lifted off my shoulders! Here is a lady who not only was willing to help, but she didn’t hesitate to hold my puke-covered, crying kid,” he wrote.

Auger wants the world to know about employee Chris K. and the wonderful way she treated him during his moment of need.

“You helped me more than I can even begin to express in words. You were an angel to my daughter and me that day, and I will NEVER forget what a complete blessing you were! You are an AWESOME human being, and I hope Meijer realizes that they have a ROCK STAR!”

Note: This incident occurred in 2016 and is being highlighted to spread awareness about hard-working workers who are helping America get through the pandemic.

What do you think about this employee’s random act of kindness?