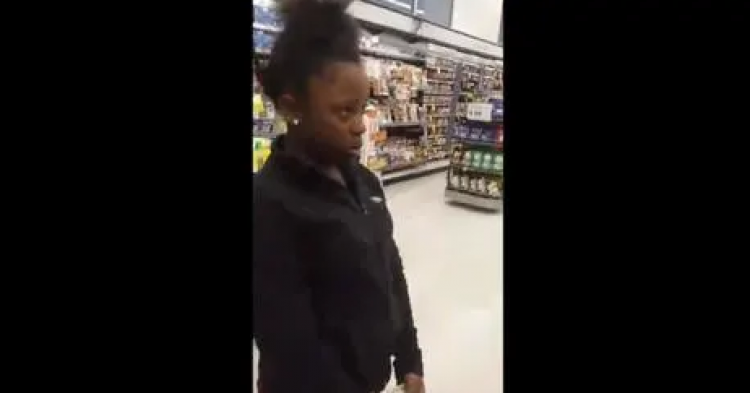 The work parents have to do never ends. In addition to needing to prepare little ones for school and extra-curricular activities, parents also need to ensure they raise children with morals who know how to do the right thing in the world. That’s why one father, who has remained unidentified despite his viral video, decided to punish his 10-year-old daughter after she stole fake nails from a Walgreens location near her home.

Because dad wanted to make sure his little girl understood that it is not all right to steal something that does not belong to her, he forced the girl to return to the very store where she shoplifted and apologized. In addition to the apology, he also asked that she pay for the stolen nails, so she could own them honestly.

In the viral video, which dad posted on the internet, you will see the 10-year-old girl returning to the scene of the crime. After she entered the Walgreens location, she waited for the manager to become available so she could explain what she had done and how she wanted to fix the situation.

The dad’s seven-minute video was uploaded to Reddit and other social media platforms, including YouTube. On the Google service, it has received more than 2 million views and counting since it was uploaded at the beginning of 2015. Thankfully, the girl learned a valuable lesson about stealing and was able to remedy the situation before it became something worse than it was.

On Reddit, users congratulated the father for teaching his daughter an important lesson about being a good person.

Another wrote, “As punishment for stealing the set of fake nails, the dad decided to make his 10-year-old daughter walk back to the nearby Walgreens, where she not only paid for what she had taken but was forced to confess her crime to the manager. It turns out she took the product out of the box, so the barcode used for tracking the item was not available. The girl was then forced to walk to the back of the store and get a box that had a Universal Product Code (UPC) on it for the manager to scan. She eventually apologized and promised never to steal again.”

“There’s a lot of “great parenting” comments in this thread. I’d call it hands-on parenting. I’d call it invested parenting. But the test of great parenting is the result. It’s great if it works. If it doesn’t, then it’s not great, no matter how well-intentioned it might be. I salute the father in this video. He cares and is committed. Is he wise? I’ve no idea.”

One person supported the dad’s efforts but questioned his reasons for turning it into a viral video.

“Yes, the Dad was making it right by bringing her back, but by uploading, I think was just a little bit much, possibly wanting to elevate himself just a little as well. Punishment should be private and kept between those involved, not to include the whole world in the equation. Just my 2 cents.”

What do you think about this dad’s punishment?