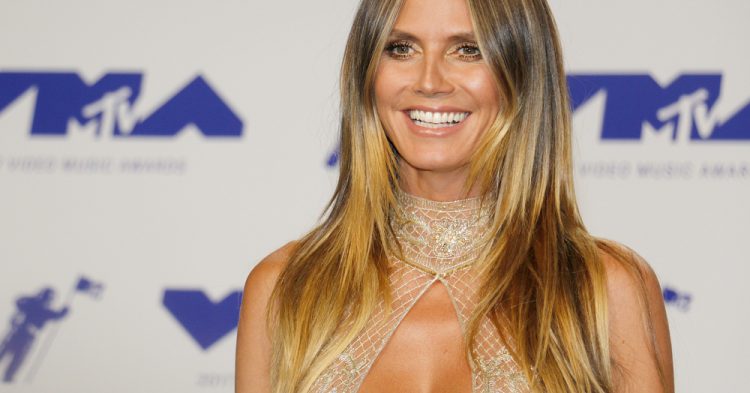 Although she has since retired from her modeling career, Heidi Klum still knows how to dress herself up to make an impact. But during the finale of the made for Amazon original show, Making the Cut, Heidi Klum appeared on the show’s finale in a dress that caused thousands of people to flock to Twitter to criticize her for her flawed fashion sense. Instead of being celebrated for choosing to wear a dress that complimented her curvy figure, fans ridiculed and mocked Klum for donning a dress that made her look gaudy and unoriginal.

One person even wrote that Klum “must have lost a bet to wear such a dress” on a video recording like this. However, that comment was among the kinder ones streaming in on Twitter regarding the 46-year-old supermodel’s wardrobe choice. 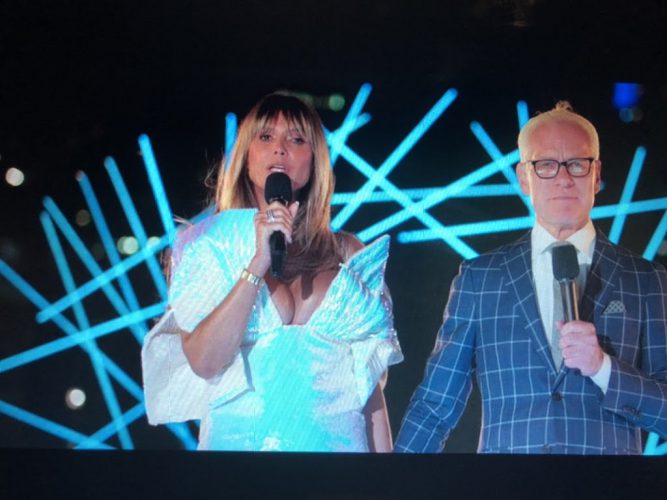 “Why aren’t we talking about this!!? Really? #makingthecut”

“Season 2 of #makingthecut needs brave lackeys who can tell Heidi Klum “no” every once in a while.” 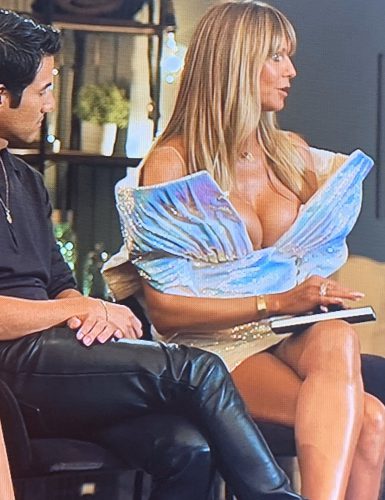 “Heidi’s dress in the @MakingtheCutTV finale is truly wild #makingthecut”

“Also Heidi! That dress. A sequin and structural nightmare #makingthecut”

“What is going on with Heidi’s boobs? #MakingTheCut”

“Seriously what was actually wearing Heidi for the finale of #makingthecut??”

Another person took their anger at the fashion faux pas even further, writing a lengthy critique of the supermodel’s outfit. 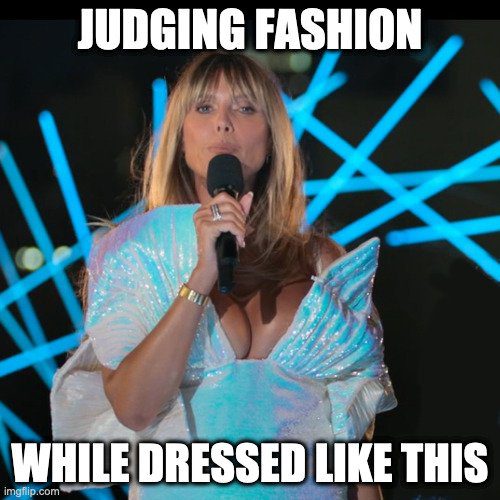 While Heidi Klum’s outrageous outfit jammed up most of the talk of the show, some insightful viewers – especially those engaged with the fashion industry – were eager to talk about something different – innovation and creativity. One complaint regarding the Amazon original program was that it squelched creativity in favor of mass appeal. Because the show was trying to find designers who could create the next mass-produced product, they did not reward those who created something truly unique. Because of that, fans complained online.

“I’m SO disappointed in #MakingTheCut Tim, Heidi and Naomi were right! You ignored innovative fashion and bank-rolled more over-priced cheap tat made in a 3rd world country. The real winners are Esther Perbandt & Sander Bos! And THEY will get my money. #EstherPerbandt #Sanderbos”

Another wrote: #makingthecut is [a] show where commercial value is more important over actual talent, by the way [it] is [a] design show…”

During filming for the show, Klum, who served as executive producer and host, asked Amazon Prime Video to give her a plane.

“We were kind of hoping to get a big Amazon plane because I was already thinking about commercials we can shoot — like Tim [Gunn] and I hopping out of a plane with Amazon boxes, delivering them to people,” Klum said in an interview with IndieWire. “My brain was going 100 miles an hour. A plane would have been nice with sewing machines in there, like ‘OK, your first assignment is not in New York, it’s in Paris. But guess what?’ You open a plane, they go in there, and there are sewing machines everywhere. You’re not laying back and enjoying the flight, you’re designing and miserable. But [Amazon] said yes to the million-dollar prize, so we were like, ‘Let’s not push our luck here.’”

What do you think about her dress?