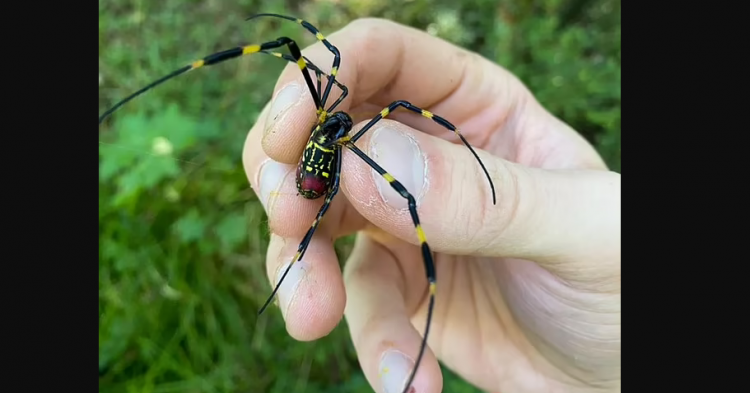 Georgia residents might already be familiar with the palm-size Joro spider that has invaded the Southern state from the Far East. However, experts fear that the spiders, which can fly more than one hundred miles by turning their webs into a parachute, are expected to invade the Eastern United States next and will be proliferating the area in the coming months throughout spring and summer.

Northern Georgia residents noticed the golden web of the Joro spiders that invaded from Japan throughout 2021. Now, entomologists report that the spider was also spotted in South Carolina and might be on its way to spreading across much more of the Eastern United States. However, the spider might not be stuck to warm climates. Because it has a strong metabolism, it might be able to survive the warmer temperatures of the American Northeast, which might mean that residents as far north as Massachusetts, Rhode Island, Connecticut, and New York could have to fend off these massive spiders that are reputed to be about the size of a child’s palm. 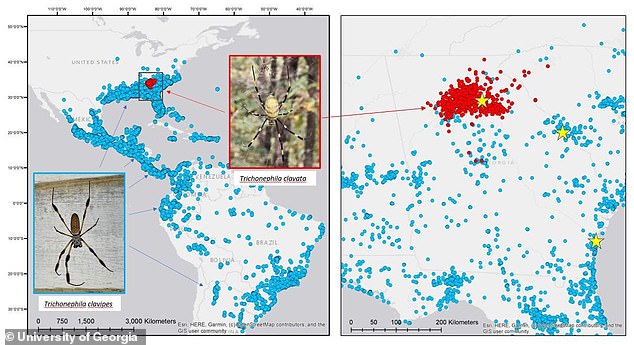 A study from the researchers at the University of Georgia who published a paper last month reported that the spider has a faster heart rate than its relatives and can survive colder climates. The research also suggests that the spider does not get killed off in a breeze that would be deadly for other spiders.

Joro spiders are originally found in Japan, which has a climate similar to parts of the United States.

“Just by looking at that, it looks like the Joros could probably survive throughout most of the Eastern seaboard here, which is pretty sobering,” University of Georgia study co-author Andy Davis said in a statement.

Joro spiders are also known as trichonephila clavate and are famous for their masterful webs, which are highly organized and shaped like wheels. These spiders are quite common in Japan, China, Korea, and Taiwan. The females are very colorful, with yellow and red markings on their black bodies. Females can grow to be three inches. Males have a plainer look with a brown body.

“The potential for these spiders to be spread through people’s movements is very high,” Benjamin Frick, co-author of the University of Georgia’s study on the spiders, said in a statement. “Anecdotally, right before we published this study, we got a report from a grad student at UGA [the University of Georgia] who had accidentally transported one of these to Oklahoma.”

Fortunately, Joro spiders are not dangerous to humans. Instead, they eat all the pests you don’t want around, like flies, mosquitos, and stink bugs.

“There’s really no reason to go around actively squishing them,” Frick said. “Humans are at the root of their invasion. Don’t blame the Joro spider.”

What do you think about this invasive species of spiders that can fly more than 100 miles via web parachutes? Have you seen a Joro spider in your part of America?