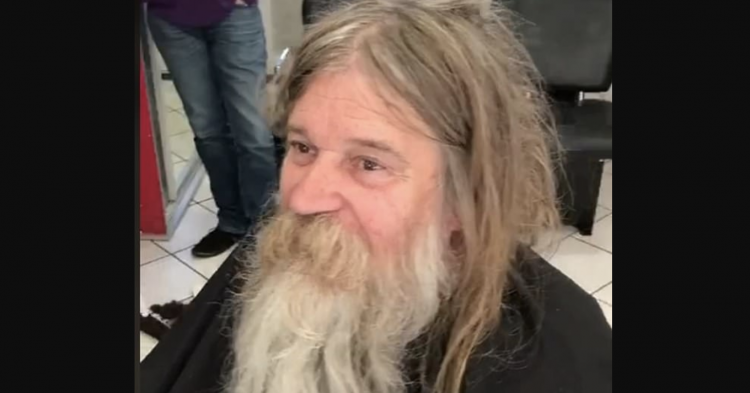 A French barber has become an international sensation after he donated a free haircut to a homeless man in need. The before and after photos of the homeless man have gone viral across the internet as the homeless man was transformed from a ragtag man in need to a suave sophisticate in a matter of minutes. David Kodat, the French celebrity barber, shared his haircut donation on social media under his DavidKodatOfficial handle and was delighted to see so many people happy with his generosity.

The TikTok video shows the homeless man getting his hair and beard trimmed for free by the highly sought after barber. The clip has received thousands of views and has given people some much-needed joy during a tough time in the world. The homeless man’s matted gray hair and long beard were transformed into a trim look that could help the man land a job. 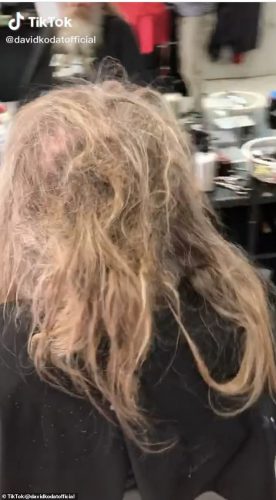 The TikTok video reveals a man who looks much younger and much happier after the haircut.

Before the haircut, the man’s hair and beard were so long. It was hard to tell if he was smiling or frowning. Because the man wanted to be able to make a better impression on the people he meets throughout his day, he took up David’s offer for a free haircut and sat down in the barber chair. He would not be disappointed with what the barber does to him.

After the haircut, the homeless man can barely hold back his delight. He’s smiling from ear to ear and celebrates his new look with that smile.

On TikTok, people flooded David’s page with comments. Many of them were so pleased with the haircut, they applauded the barber and let him know how pleased they were. 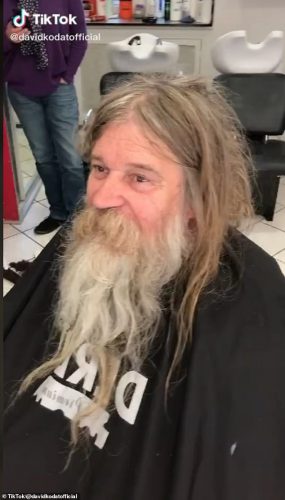 “How he has changed,” wrote one person.

“The hair and beard change everything,” another added.

“We already saw goodness in his eyes, but there it is even more blatant.”

“Handsome man!  I hope this helps him move forward in life.” 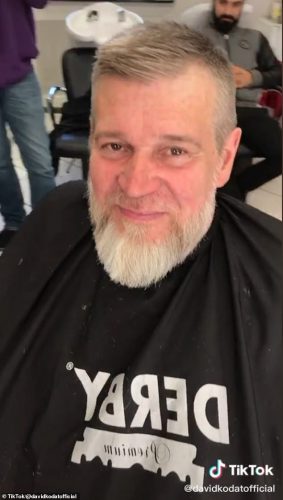 On Daily Mail, readers shared dozens of responses to the homeless man’s new look. Most people were absolutely delighted by what the barber did to help the patron look better.

“Well done to the barber!”

“A good haircut takes YEARS off you.”

“Sometimes that’s all someone needs to get that spark and motivation back.” 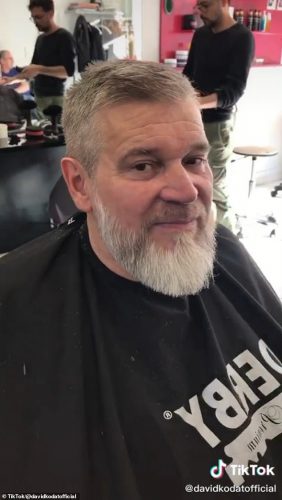 Another reader saw a barber give a homeless man a free haircut but had some regrets about being there at the same time.

“A homeless bloke was getting a haircut at my local barber, which was a nice gesture but stank the whole place out.”

Nevertheless, one person was critical of the barber for giving away a free haircut.

“I think he needs a job more (than a haircut).”

“Wasn’t the guy worried about someone offering him a job?”

In response, one wrote, “The trim was important in being able to land a good job. Hopefully, folks will see his story, and someone gives him a chance. PS. He’s really handsome!”

What do you think about the man’s new haircut?