Homeowners Sued For Parking Car In Their Own Driveway 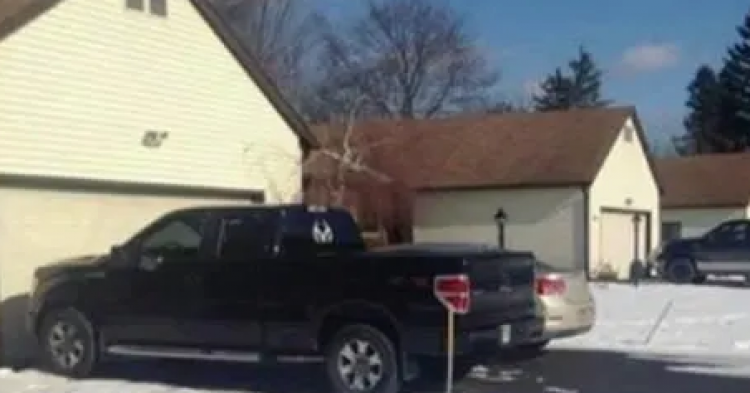 David and Arna Orlando love their home. But they are not in love with their homeowners’ association. According to the homeowners, who pay a premium to live in their Manlius, New York development, they are being sued by the HOA for parking their big black pickup truck in their own driveway. According to the lawsuit filed by the Kimry Moor Homeowners Association, the pickup truck is not a personal vehicle and therefore is not allowed to be parked in the driveway.

Kimry Moor has very specific rules and regulations around what types of vehicles can be parked in their New York development, which includes eight-four houses. Cars that can be parked in the driveways must be “private, passenger-type, pleasure automobiles” – not commercial pickup trucks used to make money on the job.

Court documents confirm that the Orlandos do not own their own driveway – that belongs to Kimry Moor, which owns all common areas of the development, including the driveways. While the Orlandos are not forbidden from owning a pickup truck that helps them make money on the job, they are not supposed to park it in their driveway. Instead, they’re welcome to park the commercial vehicle in their garage so it can’t be seen by people passing through the Kimry Moor development.

However, David Orlando insists that his Ford 150 pickup truck is not a commercial vehicle. Instead, he said that the vehicle was registered as a passenger vehicle and that he didn’t even have a commercial license. Nevertheless, Kimry Moor wants him to pay the price for parking a large pickup truck in the driveway.

The Orlandos’ lawyer, Tom Cerio, said: “This is a silly rule. It’s fair to say the association is definitely overreaching. And they are enforcing this rule for a personal-use vehicle, not a commercial vehicle.”

Although the lawsuit has been filed with the Onondaga County Supreme Court, David Orlando continues to park his pickup truck in the driveway in front of his New York home. He claims that he has seen plenty of other homeowners who are part of the same HOA parking their “commercial” vehicles like pickup trucks, work vans, and SUVs in driveways. Because of this, he is a bit confused by why Kimry Moor is coming after him for his black pickup truck.

Meanwhile, Paul Curtin, the man representing Kimry Moor Homeowners Association, insists that Orlando’s pickup truck “is not a passenger vehicle by definition.” Because homeowners do not own their driveways, Curtin insists that Orlando and other people in the development must abide by Kimry Moor’s strict rules.

There are a number of odd rules put in place by the HOA to keep homeowners in check. These include no parking of boats or trailers, no unusual noise outside of the home, and no tents or shacks installed on the property.

In response, the Orlandos have filed a lawsuit against Kimry Moor for damages because the HOA has “impeded and interfered with the Orlandos’ quiet use and enjoyment of their property.” In addition to damages, they also want the HOA to pay for Cerio’s legal fees.