Insane Ending To Jeopardy! Has Fans Shaking Their Heads 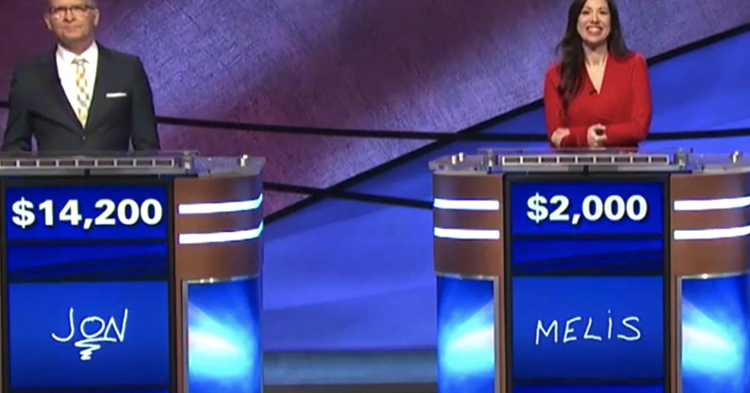 Fans were left guessing until the very end of Wednesday night’s Jeopardy! episode. After contestants placed their wagers for Final Jeopardy! and the music started playing, fans had no idea that they were about to witness Jeopardy! history when the unlikeliest contestant became the day’s champion. The category for the final clue was “European Landmarks,” which gave the contestants plenty to mull over while placing their bets.

The final clue was “Of the principal architects working on it from the mid-1500s to the 1980s, like Pierre Lescot and Hector Lefuel, none were foreigners.” None of the contestants wrote down the correct response, which was the Louvre Museum in Paris. However, the final tally of points made for a very interesting surprise ending to the Jeopardy! episode.

Before the final clue was read, contestants Jon Spurney and Tim Everhart each had a $12,200 lead over Melis Sahin-Collins. However, the show’s winner ended up being a surprise for all – as the least likely person took home the victory and earned a chance to play the next day again.

Although no contestant correctly answered the Louvre Museum, both Spurney and Everhart wagered all of their money. This meant that they left with $0. However, Sahin-Collins made a different wager. Instead of risking anything, she wagered $0 for Final Jeopardy! and ended up being the winner because of it.

Fans rushed to Twitter to celebrate the unconventional finish and to congratulate Sahin-Collins as the latest champion.

Amy Hernandez added, “That #Jeopardy nail-bitter was amazing! This must be how people that watch sports feel.”

Another user joked, “Yeah, sex is cool, but have you ever seen a 3rd place #Jeopardy contestant win by using strategic betting in Final Jeopardy?”

America and the episode’s contestants were not the only people shocked by the unexpected victory. Guest host Mike Richards also shared his delight at the surprise ending.

“Not the way you expected to win, but you get to play again,” Richards said to Sahin-Collins. “Congratulations. Wow! What a game.”

The video was also picked up by many YouTube channels, which looked to showcase the unexpected finish to this week’s Jeopardy! game. Not often do all three contestants provide the wrong answer to Final Jeopardy! and the person in third place turns out to be the day’s victor.

Since the tragic death of Jeopardy! longtime host Alex Trebek, the show has been featuring guest hosts. The program has continued to attract millions of viewers despite the change in hosting duties.

In the end, Sahin-Collins won the day with just $2,000. This may be the same amount given to the second-place contestant, but it does mean that she gets to return to the show and compete again tomorrow for another chance to win cash on the game show.