James Dean Is Going To Star In New Movies, And I Can’t Wait To See Them : AWM

When James Dean died in a speed racing accident, the world thought the young talented actor would be gone forever. However, the actor’s family has recently cut a deal with the CEO of Worldwide XR, selling the likeness of James Dean to the company so he can appear in a new movie as a CGI character – but the digital company has bigger plans for the actor’s likeness than just one flick.

Not only do the men bringing James Dean back to life plan to give him a role in a forthcoming movie, but they also want to give the deceased actor a second chance at a film career. The family of the actor hopes to sell James Dean’s image and rake in a lot of money from his “virtual” acting career. The first appearance of the CGI version of James Dean will appear in the Vietnam War movie, “Finding Jack.” 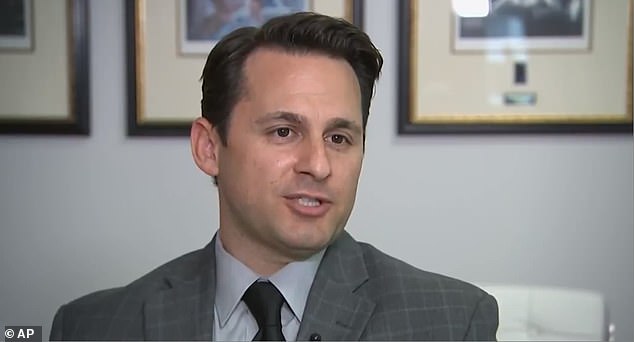 The CEO of Worldwide XR, Travis Cloyd (above), said that his company hopes to bring James Dean “to life” for the movie. Both his company and the family that Dean left behind hope to cash in big for using the man’s likeness beyond the grave.

“Our intentions are to create the virtual being of James Dean. That’s not only for one movie, but going to be used for many movies and also gaming and virtual reality, augmented reality, mixed reality,” Cloyd said. 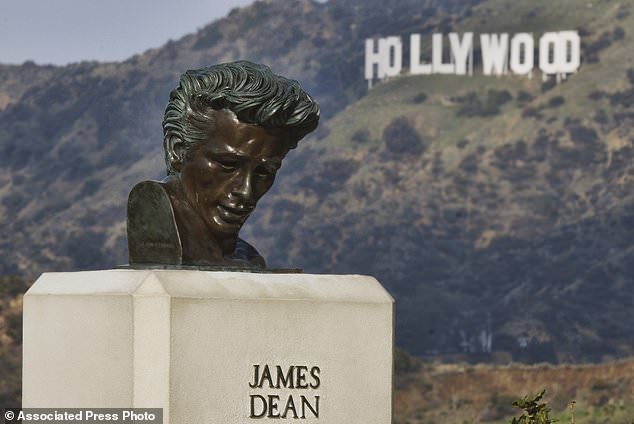 Cloyd and Dean’s family are eager to make as much money from the dead actor’s image as they possibly can. Because Dean died at such a young age in a tragic car accident – he had a need for speed – they hope to cash in and make more money from his face.

Cloyd added, “Our focus is on building the ultimate James Dean so he can live across any medium.”

The cousin of the actor, Marcus Winslow, is eager to make as much money from the digital rebirth of James Dean as is physically possible. He’s the closest surviving relative and the man who looks to cash in the most from the sale of Dean’s image to the virtual reality company. 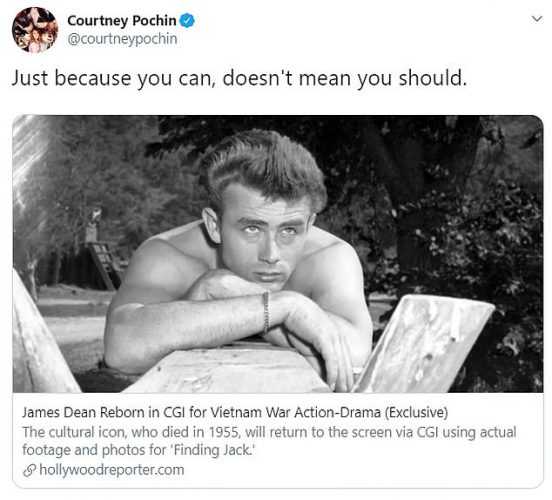 Winslow lives in the same farmhouse that he and Dean both grew up in. He wrote in an article dated 2015 that he’s always tried to manage his cousin’s estate in “good taste.”

He added, “Today, I manage Jimmy’s legacy. I take the responsibility seriously. I try to make sure anything that’s done is in good taste.”

But when the announcement came in November that Winslow had sold Dean’s likeness for a film career, people started to question Winslow’s sense of proprietary. 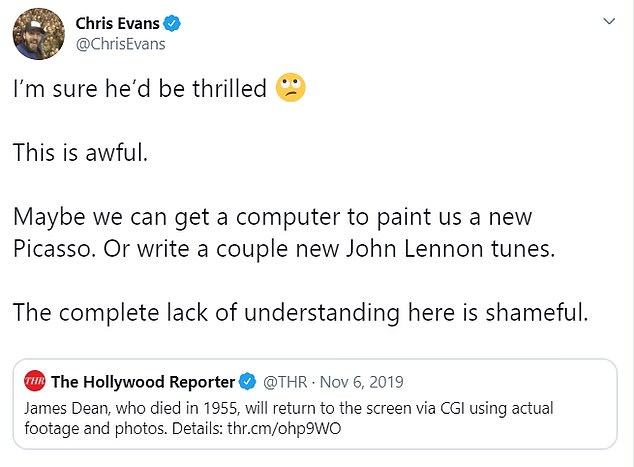 Critics think it is a terrible idea. One of the most vocal is actor Chris Evans who played Captain America.

“The complete lack of understanding here is shameful,” he wrote on Twitter.

Actress Terri White added, “I think there’s definitely something cynical and what feels like a little bit distasteful about bringing especially long-dead actors back to life. The reaction to the likes of the James Dean news has actually shown that I think most people don’t really want that.”