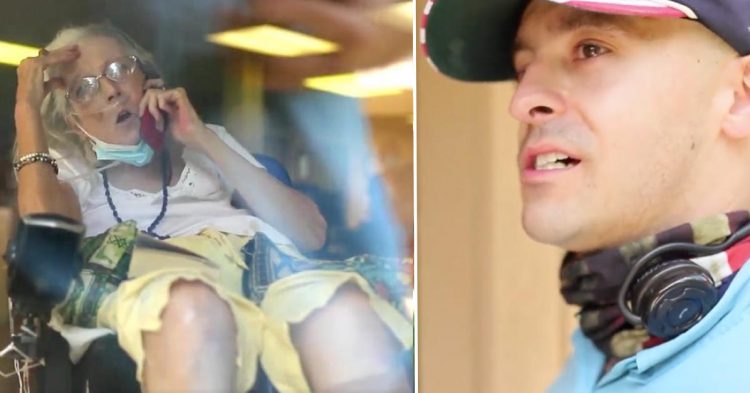 Anna Perkins learned she was pregnant in the 1960s. She was just fifteen-years-old. Because she grew up in a small American town, her parents were outraged that she had slept with a boy out of wedlock and was carrying his baby. Before word got out to the rest of the community, Anna’s parents shipped her off to a faraway home for unwed mothers and ordered her to carry the baby to term and then give it up for adoption.

Although it was a terrifying experience, Anna complied. She waited for the pregnancy to come to term and then gave birth to a little baby girl. Pursuant to her parents’ wishes, she placed the newborn baby up for adoption. As an unwed teenager with no support at home, she had no way of raising the little girl by herself. What kind of life would she be condemned to if she kept the child? She signed the paperwork and then returned back to her small American town where her parents acted as nothing had happened.

“I lived in a small town and my family was not happy, to say the least. And they sent me to San Antonio, to an unwed mother’s home, and I was there for a full nine months, from September to June when I gave birth to Kathleen,” Perkins told FOX31.

Since Anna gave her daughter up to a closed adoption, she was forbidden from knowing what happened to the little girl, Kathleen. Although she didn’t have access to her daughter’s records or files, she wondered about her almost every day for the rest of her life.

Now, Anna is clinging to life at a nursing home in Aurora, Colorado. Living in a nursing home during the COVID-19 pandemic is just about the riskiest place to be. Besides being in close quarters with other residents and staff, elderly people are at a much higher risk of dying from the coronavirus.

With the new COVID-19 visitation guidelines, Anna cannot see anyone for the time being. However, she begrudgingly admits that she does not have anyone in her life anyway. She doesn’t have much family or any friends who would want to visit her. And this makes her feel sad.

“I’ve been alone for two years here. I haven’t really had anybody,” she told KDVR.

At the beginning of August 2020 – months into the pandemic – Anna received a visitor. It was Nick Gensman, 35 – a man she had never met.

Nevertheless, Gensman had been hunting for Anna for years. He completed DNA tests, numerous internet searches, and phone calls to track down his long-lost family. Gensman was the son of the daughter that Anna had been forced to give up for adoption all those years ago. And now he wanted to meet the woman who was his biological grandmother.

Although Gensman could not meet Anna like he would have wanted due to the COVID-19 restrictions, he did get to see her for the first time. The sight of his long-lost family member brought tears to his eyes.

Both Perkins and Gensman could not have been more delighted to meet. And they needed something positive in their lives with all the chaos in America right now.

“It just feels like a big part of it has come together now when I really need it,” Perkins said.