Mom Had This Beehive Hairdo For Decades, But After A Makeover I Can’t Recognize Her. 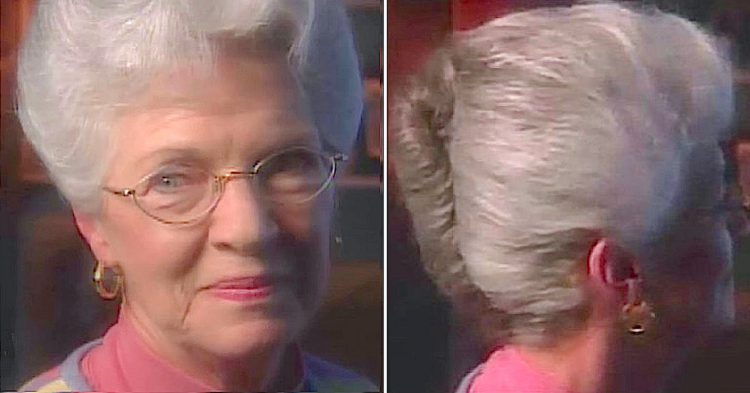 After thirty-seven years, you’d suspect that Joan Irvine would not be open to changing her hairstyle. Ever since she fell in love with the beehive hairdo, Joan has kept up the relentless discipline of maintaining it every day for nearly forty years. She begins her hair routine each morning by waking up before everyone else at 5:30 am to undergo the four-hour process of styling her hair to look just the way she wants it to look.

Thankfully, Joan did not have to wake up every single day to execute her hairstyle. Her four hours of styling would keep the hair looking good for the remainder of the week. Nevertheless, her hair demanded a lot of attention and creative energy. And after thirty-seven years, it was time for Joan to break free from her limiting routine and try something different.

Not only was Joan stuck following a rigid and demanding hair-care routine, but she also looked like she was straight out of the 1950s. Now that she was in an entirely new millennium, she needed to reconsider how she styled her hair and look at ways to modernize the look so she could be more impressive and connected into the world around her.

During her four-hour hair care routine, Joan used a series of different brushes. She also employed four kinds of rollers as well as near-whole bottles of hairspray to keep the beehive looking shapely and firm. She also singlehandedly keep hairpin companies afloat because she needed so many of those tools to keep her locks in the signature beehive shape.

While Joan was content with her 1950s-style haircut, her daughters were frustrated. That’s why Cindy and Christine approached the design and style team at The Oprah Show to get their mother the makeover help she needed to put the 1950s into the past where they belonged and enter a whole new world of style. With the help of Oprah, Joan’s daughters were confident that their mother could be stylish and trendy, just like them.

At the time of the makeover, Joan was just sixty-three years old. That meant she had been wearing the beehive hairstyle since she was about twenty-six years old. That’s a long time to keep the same style of hair on top of your head. She either really liked it or it was easy for her to wear and something that she didn’t mind putting effort into every week. There’s something reassuring about being able to maintain the same look for years. It’s one less thing to think about during the week.

However, Joan was more adventurous than her hairstyle let on. That’s why it was perfect for her to speak to Oprah and her design and style team to get a makeover that not only does Joan justice but makes her look years younger.

Viewers of the Oprah program were delighted to see how well Joan looked after her makeover. And it feels a lot better for this busy mother of two who once worried that airport security would need to confiscate her hairpins because she has so many in there to maintain the look.

What do you think about this makeover?