Mom Wants The School Bullies Who Beat Her Special Needs Child To Go To Jail : AWM 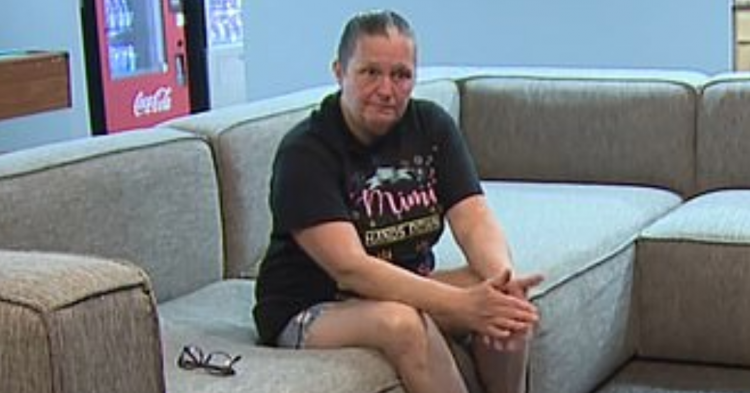 The mother of one special needs boy is demanding justice after she saw what bullies did to her son without provocation. Because the abuse was captured on video so it could be spread across the school as pleasure for the bullies, Vicky Zahn demands that her son’s Iowa high school do something to stop the rampant bullying that is continuing to rise in the American Midwest.

While schools are building structures to prevent mass shootings, they are failing to deal with the increased aggression and rage among the student population. Incidents like this, as well as mass shootings, continue to rise. Students are getting more violent, more aggressive, and more likely to snap – bringing guns into school to enact revenge on the people who have hurt them. 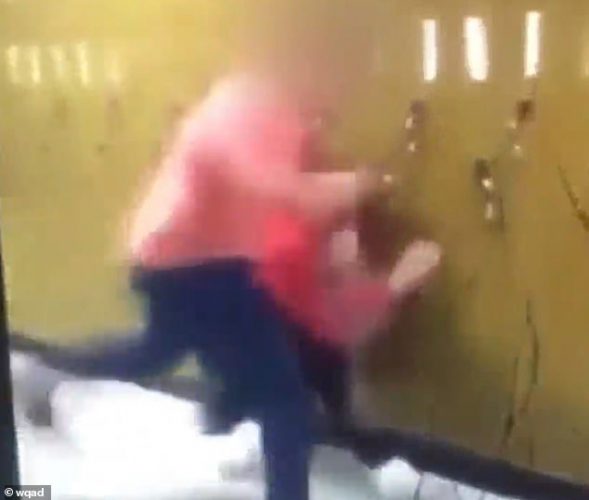 Zahn identified the victim in the horrendous video footage as her special needs son Coby. He is her youngest boy.

In the shocking footage, Zahn watched as her young son was beaten to a pulp. Bullies descended upon him for no apparent reason. Cody was just walking to class. He minded his own business. Then the bullies attacked him, using the fact that he has special needs as the motivation for targeting him for their horrendous abuses.

Footage shows the bullies hurting him in the hallway. While they slammed the special needs child against lockers and hit and kick him in front of his peers, people watch and do nothing. One person is even filming the fight so they can circulate the footage to humiliate Cody further later on. 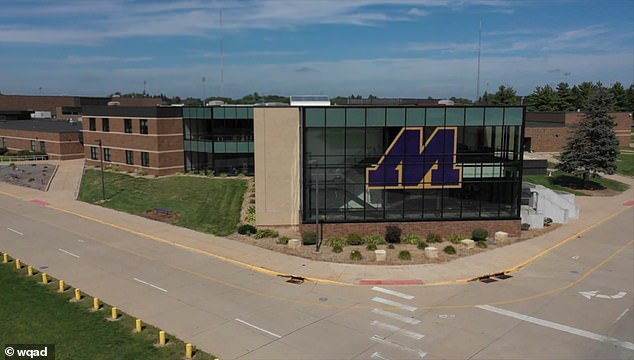 Zahn demands that the Muscatine High School do something to stop these bullies. Because her son was targeted for taking Special Education classes in school, the bullies decided to target him, to hurt him, and to use their fists and anger to humiliate him in front of the world.

“He was walking down the hall, going to his first-hour class,” Zahn told WQAD. “This kid came running up behind him… I guess he hit him. My son said, ‘Dude!’ And next thing you know it’s pow pow.”

The footage captures the violent act in all its glory. Cody is a clear victim in the assault. And now Zahn wants to press charges against the bully. 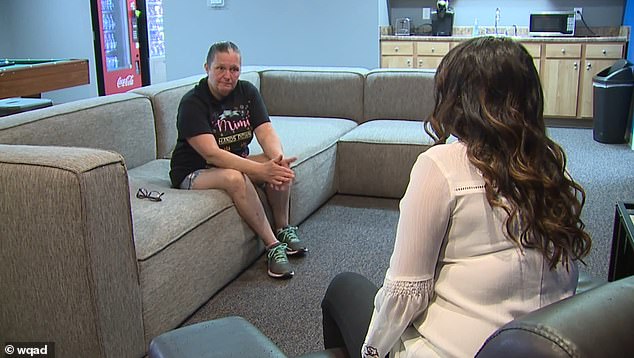 “I think his head bounced off the locker, he hit the floor, and that’s all I know,” she said.

Because her son has special needs, the violent assault could do extra harm to him if he hit his head against the locker.

“You don’t do that to a handicapped child. My child is handicapped,” Zahn said. “He didn’t even have the chance to defend himself yesterday… at all.”

Cody slumps to the ground in the video, and his attackers continue their onslaught, hitting him while he’s down. 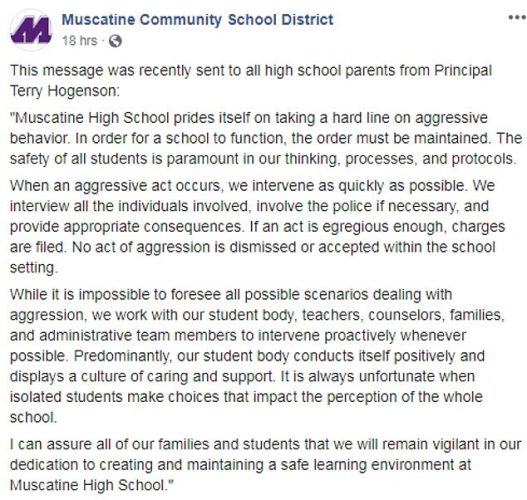 Principal Terry Hogenson released a statement. But is it enough?

“When an aggressive act occurs, we intervene as quickly as possible,’ he said in the statement published to Facebook. “We interview all the individuals involved, involve the police if necessary, and provide appropriate consequences. If an act is egregious enough, charges are filed. No act of aggression is dismissed or accepted within the school setting.”