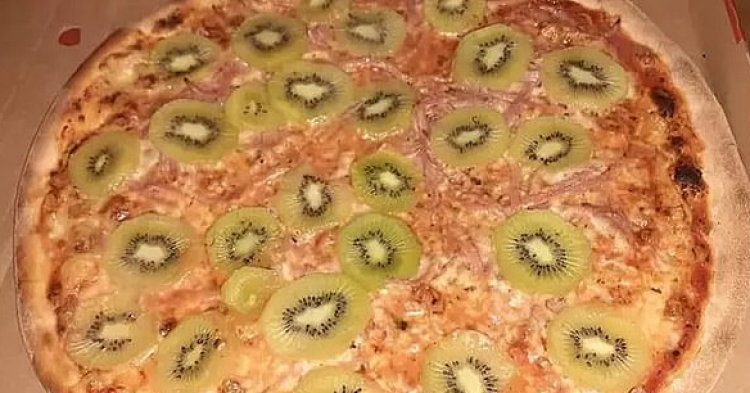 Pizza is one type of food that can be made a million different ways. Some people love it with lots of different meats, including pepperoni, sausage, bacon, and ham. Others like it topped with lots of vegetables. Some even like it with pineapple. But one Swedish man has turned everyone’s perception of pizza on its head by topping his favorite pizza with lots and lots of kiwi slices.

You read that correctly. This man loaded up his cheese and sauce pizza with kiwi slices and then snapped a picture of it to share with Reddit. As you can imagine, the kiwi lover, Stellan Johansson, was inundated with messages and comments about his invention pizza recipe. People wanted to know if it was as good as it looked or if it was a flop. 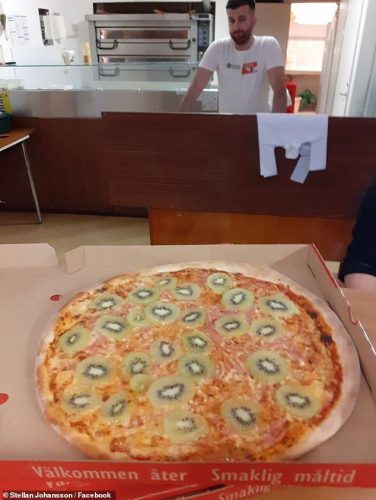 Johannsson is a lover of kiwi. He loves rubbing his fingers up and down its furry exterior and the tangy taste of its insides. He also loves how kiwis have seeds that get stuck between his teeth. If he eats a kiwi and the seed doesn’t get lodged, he’s a bit disappointed in the experience. That seed is a bit left over to savor later.

The pizza in the image was made at Skottorps Pizzeria, which is located about 95 miles north of Malmo in Sweden. While this kiwi topping might be unheard of in the United States, Johansson has been demanding it for some time and finally got around to sharing an image of it with the world.

Johansson often cooks with kiwi. He recently shared an image of a creation he made. It was a stuffed chicken stuffed with – you guessed it – kiwi slices. When it was time for him to put the kiwi on the pizza, he brought his own fruit to the shop because he knew the pizzeria, which is run by a group of Turkish people, would not have the ingredient. But what pizzeria has kiwi slices on hand? None that I know of.

While people are already divided on whether pineapple is an acceptable topping for a pizza, vulnerable internet users were outraged to see that the Swedish man put kiwi on a pizza.

“This makes me unreasonably angry,” one person wrote.

In response to that comment, one person added, “There’s nothing unreasonable about your anger.”

A third person had a theory about the pizza topping and what it means for society at large, “This is the slippery slope that permitting pineapple has resulted in.”

“Find it hard to believe there are freaks out there who would even do this,” one person shared.

Johannsson insists that his pizza is the best there is.

“This pizza was made at Skottorps Pizzeria in South Sweden. I had to bring my own kiwis to the place. This pizza was good. My children loved it.”

So he doesn’t just eat it himself? He forces his children to indulge? He’s a madman!

Because there are a lot of immigrants to the area, local cuisine has been updated with an international flair.

Would you try kiwi on your pizza?