As the women’s World Cup champions marched through the streets of New York City, NYPD officers found something horrifying. Subway posters featuring openly-gay soccer star and MVP Megan Rapinoe were defaced with homophobic slurs. While the rest of the country was celebrating the United States victory over every other country in the world – people filled with hate went around defacing Rapinoe’s image with hurtful words – and now the NYPD is investigating the incident as a hate crime.

The posters were found inside the Bryant Park subway station in midtown Manhattan. People filled with hate vandalized at least six posters featuring Rapinoe’s image. According to NYPD stats, hate crimes are up 64 percent this year in the city alone. 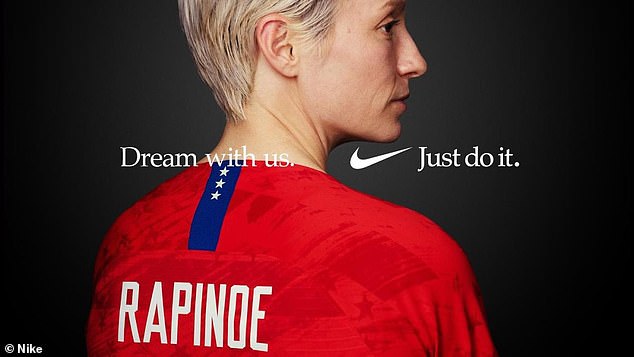 Because the city honored team captain Rapinoe and her World Cup-winning teammates, they reveled in their ticker-tape parade through lower Manhattan’s Canyon of Heroes. It was a beautiful parade with thousands of supporters for the women’s team.

Besides her role as a star soccer player, Rapinoe also works as an activist for LGBTQ issues. She has been outspoken concerning equal pay and gender equality throughout the United States.

The suspected hate crime might have come in response to the recent spat Rapinoe had with President Trump. Because she and her teammates have no interest in going to the White House to visit with the President, conservatives have turned Rapinoe into an anti-hero.

The images of Rapinoe were defaced with crude and hateful remarks. However, the Nike posters have not been released by the MTA or NYPD as they are part of an active investigation. Because the MTA has lots of security cameras, the NYPD is confident that they’ll find the group of individuals who committed the alleged hate crime and administer justice.

“Hate has no place in the transit system, and we work hard to make the subway a welcoming, safe environment for everyone,” read a statement from the MTA. “We referred this to NYPD, which responded to investigate, our maintenance teams got the posters cleaned, and we will have them replaced with new ones if necessary.”

When Rapinoe was at the post-parade rally at City Hall, she was so overwrought with emotion that she used her unbridled curse-language to thank the city, “New York City, you’re the motherf***ing best!”

Rapinoe is an open lesbian. She has been an outspoken proponent for LGBTQ rights and equality as well as overall gender equality between men and women.

Rapinoe previously made headlines back in June when she told Eight by Eight magazine that she and her team would not accept an invitation from Trump to visit “the f***ing White House.” Her rejection of the President was a direct response to her distaste for the administration and its stance on women and sexual misconduct.

When it was time for Rapinoe to accept the trophy on behalf of her team, she made a joke about herself: “I’ve dropped the F-bomb on every stage the last four days, so we’ll just spare you that.”

What do you think about this alleged hate crime committed in the subways of New York?