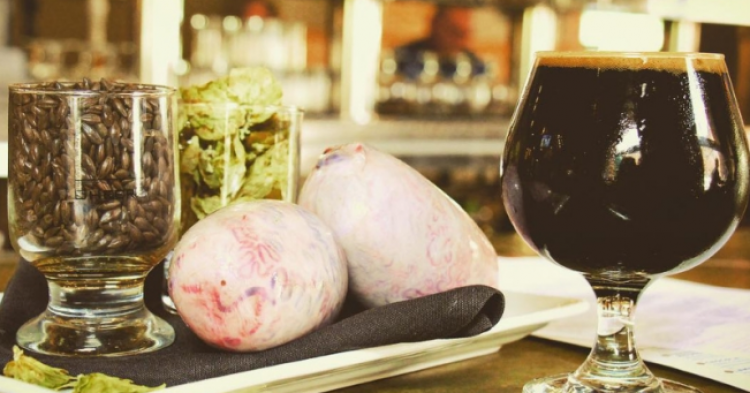 For April Fool’s Day, Colorado’s Wynkoop Brewing Company decided to create a brew that would shock everyone who heard about it. Although their intention was to create something that was funny for the unofficial holiday of pranksters and jokesters, they actually ended up creating a beer that quickly became a fan favorite among locals in Colorado who could not get enough of the beer’s extra special ingredient – freshly castrated bull testicles.

The bull testicle beer is called the Rocky Mountain Oyster Stout, which references the not-so-popular cowboy snack of “fried bull testicles.” Yes, that’s right. This brewery has been handling lots of freshly sliced-off bull testicles because their new brew has become so popular among the locals that it keeps flying off the shelf due to sheer excitement and demand.

The Rocky Mountain Oyster Stout is made with 25 pounds of bull testicles that are roasted and caramelized, giving the beer its unique flavor. While some may be hesitant to try a beer made from such an unlikely source, many have found themselves pleasantly surprised by this surprisingly “delicious” brew. Its rich, nutty flavor has been praised by beer lovers, as well as those who may not have typically considered themselves beer connoisseurs.

The Wynkoop Brewing Company is no stranger to unusual and unconventional recipes; they also offer a number of other unique beers such as the Colorado Kölsch and the Bacon & Eggs breakfast stout. However, their Rocky Mountain Oyster Stout has certainly proven to be one of their most popular offerings, bringing in customers from all across the country wanting to try this legendary brew for themselves. So if you’re looking for an experience like no other, consider giving this unique beer a try – it just might surprise you!

With its rich flavor and unexpected source of ingredients, the Rocky Mountain Oyster Stout is quickly becoming one of the most sought-after craft beers in Colorado. So if you find yourself in the area, don’t miss out on this unique brew – it just might be the best surprise of all!

In the viral YouTube video included at the bottom of this story, you can hear directly from Wynkoop Brewing Company about their creative new beer that uses large bull testicles to satiate their customers’ advanced tastebuds. People are going gun-ho over the new beer even though it was first created as an April Fool joke.

Comments on the video include the following:

“Andy and Brad sure do a fantastic job handling those Rocky Mountain Oysters! Hilarious!”

“It may have started as an April’s Fool Joke but they did start to make it.”

“This was an April fool’s day joke.. but the company took it seriously… lol!”

One person made a football joke.

“Now when someone says the Broncos and their fans suck balls, it’s actually not far from the truth.”

What do you think about this unique beer flavor?