Police Are Looking For The 60 Kids Who Ran Into Walgreens And Trashed The Place : AWM 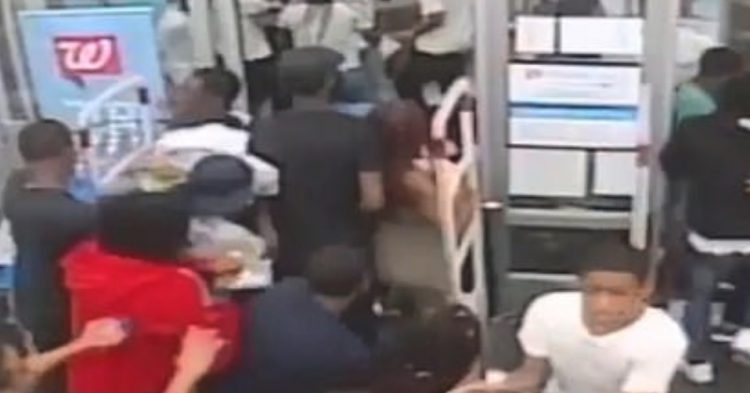 On July 4th, 2019, there were a group of teenagers intent on causing a ruckus. While Halloween is the holiday most often known for pranks and wrongdoing, in Philadelphia it was Independence Day that sparked crazed actions in the hearts of a group of teenagers. The Philadelphia Police Department has since released that a stampede of teenagers descended upon a Walgreens store on the 1800 block of South Street at about 10 pm, ransacked the store, stole what they wanted, and then fled into the night like bandits.

Surveillance footage from the moment of mayhem shows a group of teenagers, about sixty of them, crash into the Walgreens location before they went berserk and knocked over items and destroyed the store itself. 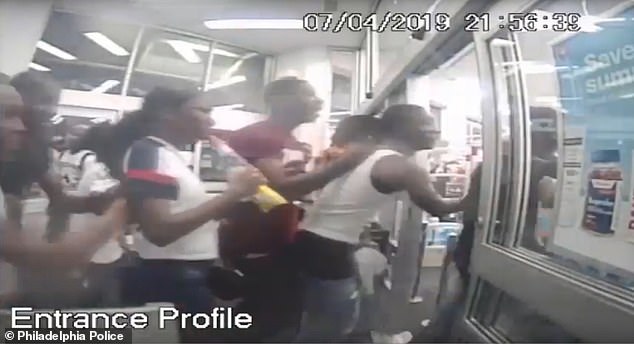 While the video footage is shocking, it gets even more so when viewed from varying angles. The teenage punks are shown pulling items from the shelves and grabbing stuff from the checkout line while others scream and jeer in utter jovial excitement. This is the second time in only a few weeks that a flash mob has descended on a retail location to cause significant financial damage.

Witnesses admitted that this group of miscreants was the same one which caused thousands of dollars of damage at Penn’s Landing after it vandalized it. But what the group did at the Walgreens location might be even more destructive because they left with products in tow. 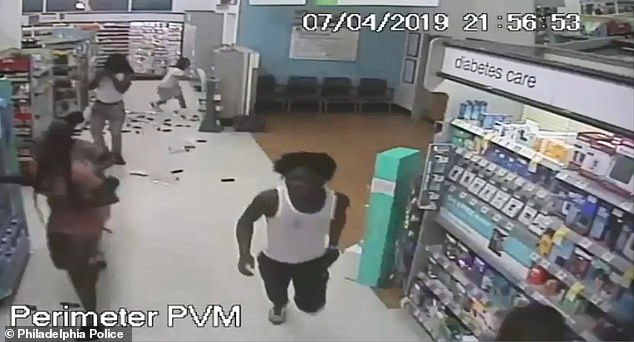 The stampede of teenagers included both boys and girls and amounted to about 60 people in total. It is uncertain if they were under the influence or not, but it is certain that they were bent on causing as much destruction as humanly possible.

Video footage shows that vandalism and burglary were planned. The group rushes into the store and immediately starts knocking things over and causing significant destruction of everything within reach.

There are simply too many people in the herd of vandals for the employees to do anything. They are utterly overwhelmed and have no hope of fighting back – nor are they supposed to. 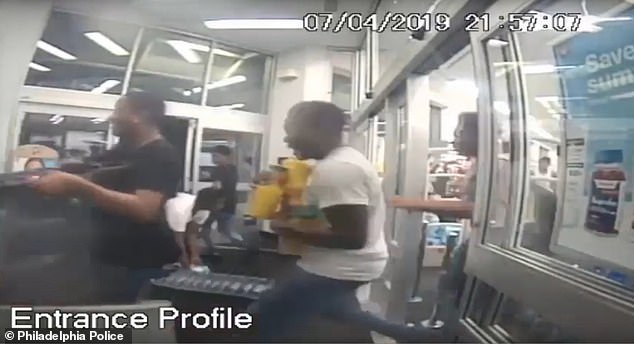 In the back of the store, the vandals smash jugs of juice and drinks on the ground. This July 4th strike traumatized employees who were unprepared for the flash mob to descend on their Philadelphia location.

A witness, 46, said that some of the teens assaulted him, smashing a bottle over his head.

Witnesses are also confident that this group of rowdy teenagers is the same one that caused thousands of dollars of damage at Penn’s Landing. This group of teens is out to cause as much destruction as they can. When teenagers get together in large groups, they lose their individual identities and hand themselves over to mob mentality quite easily. If a reckless leader seizes on this control, a lot of damage can be done, and a lot of property can be ruined. 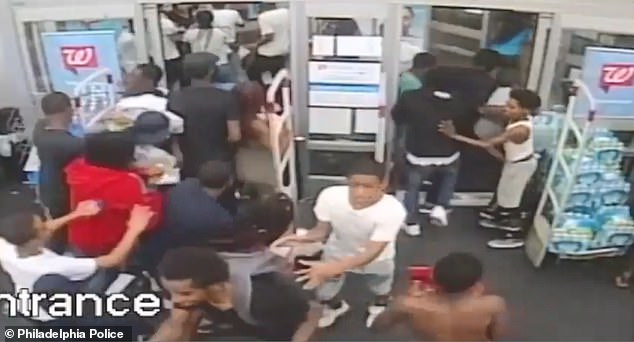 The video footage is quite alarming. No wonder the employees were powerless to defend against the mob of teenagers.

What’s your reaction to what happened at this Walgreens? Does it surprise you?