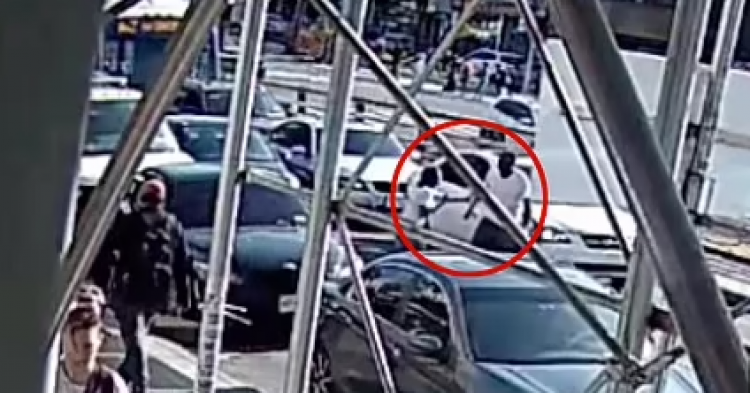 Most Americans agreed that some people should be untouchable. These included infants, the elderly, and, of course, pregnant women. Unfortunately, evildoers do not seem to have a conscience when it comes to attacking anyone and everyone to get what they want. Now, police are on a manhunt searching for a vile criminal who used a metal wrench to beat a pregnant woman while she was standing on the side of the road in crime-ridden New York City.

The victim, who has not been named to protect her identity, was standing outside of the Bronx’s Grand Concourse when the man with the wrench approached and proceeded to beat her senselessly. The attack occurred in broad daylight on June 6, 2022, at approximately 5:20 pm in the evening. 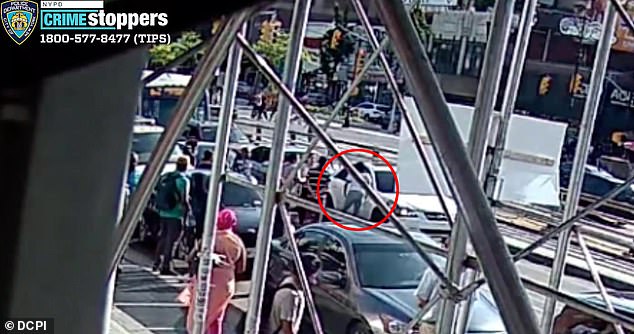 As the victim tried to flee from her assailant, she dodged heavy traffic in the area that was backed up in the Fordham Heights neighborhood. Eventually, the man caught up with his pregnant victim and shoved her against a car. He then struck her multiple times in the head with the heavy wrench in a bid to do as much damage to the pregnant mom-to-be as he could muster.

The suspect fled the scene following the senseless attack and has been on the run from authorities ever since. Meanwhile, the victim was taken to the nearby hospital, where she was treated for cranial lacerations. It is not clear if she suffered more severe injuries as a result of the unexpected attack because details about her recovery have not been made public.

The attack was caught on security camera surveillance footage. Because it happened in a busy neighborhood in broad daylight, some brave New Yorkers were nearby to intervene. They approached the fight and tried to break it up before the attacker did something terrible – like force the pregnant victim to go into labor.

When bystanders approached, the man released the woman’s hair and calmly walked back to his BMW vehicle. He paused for a moment as an angry bystander kicked his car, but the assailant managed to flee the scene with ease and get away with what he did to his pregnant victim.

Police have not released a description of the man they are looking for and are asking for anyone with information about the attack to come forward. They warn that the suspect is considered armed and dangerous, so citizens should not try to apprehend him themselves. This man could use the wrench on another victim if he finds the right opportunity to do so.

This isn’t the first time a pregnant woman has been attacked in New York City. Just last year, another expectant mother was attacked by her own husband in a fit of rage. He beat her so badly that she ended up miscarrying their child. In that case, the husband was arrested and charged with murder.

These stories are absolutely horrifying and make you wonder what kind of world we’re living in when even pregnant women are not safe from harm. What kind of person would attack a helpless, pregnant woman? We may never know the answer to that question, but we can only hope that this man is caught and brought to justice so he cannot hurt anyone else.

NYPD is offering a $3,500 reward for information that leads to this suspect’s arrest.