She Had Her Leg Amputated When She Was A Baby. Now Her Amazing Cheer Routine Is Going Viral 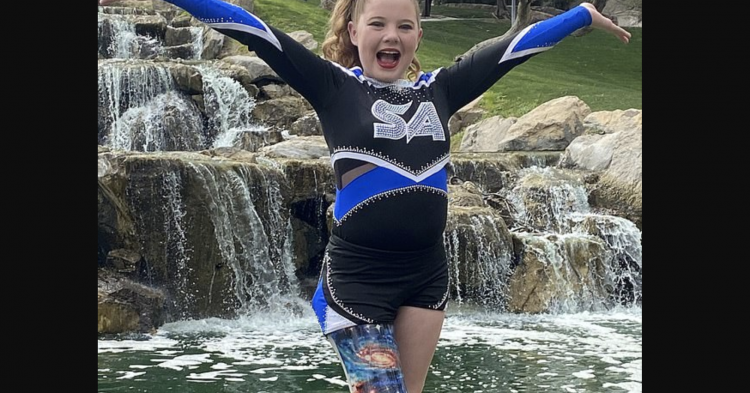 When Mikenzie Adams was born, doctors soon diagnosed her with a rare condition that made her be born without a tibia bone. Because doctors wanted to help her live an active life, they amputated Adams’s leg above her knee when she was just a one-year-old baby girl. Nevertheless, Adams has never let her missing leg slow her down from following her dreams, and now, at age eleven, she has become famous for her amazing cheerleading routine!

Mikenzie is from Yermo, California. Although doctors had to amputate her leg above the knee when she was a baby, she unabashedly followed her dream of becoming a cheerleader when she was just four years old. That’s when she first started to cheer. It was clear from the outset that Mikenzie had a natural talent for cheerleading as she was great at tumbling and other activities with her body. 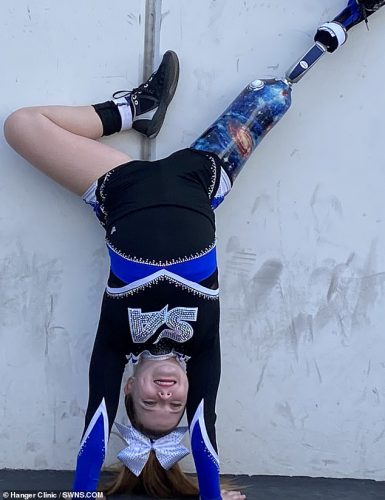 “At first, I didn’t really understand what an amazing athlete she was,” said Mikenzie’s grandmother, Mary Adams-Sioss, 62. “But she could do a cartwheel at four. She’s also become a really good dancer and stunter and has a huge amount of crowd appeal. She owns the stage when she’s out there.”

Despite having a prosthetic leg, Mikenzie has become a star in her field. She has even starred in a Nike commercial alongside athletes Lebron James and Serena Williams. In the ad, which aired in 2020, Mikenzie performs a tumbling routine along a sandy beach before the video morphs her into the Olympic champion Simone Biles. 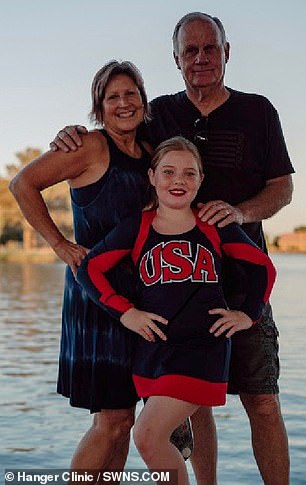 Mikenzie Adams has also worked with the brand Athleta Girl for a photoshoot, which was conducted last summer. The shoot was part of the summer issue and was designed “to show others with limb loss that they can do anything they put their mind to.”

Although Mikenzie had her right leg amputated as a baby, she has been living with a prosthetic leg since she was sixteen months old. It has not slowed her down one iota.

Mikenzie does most of her cheerleading with the ParaCheer Spirit team. This is a para cheer team based in Illinois. She also works with Spirit Athletics, which includes able-bodied athletes, and is based in her hometown of Yermo. Her biggest dream right now is to go to the 2028 Paralympic Games to represent the United States. 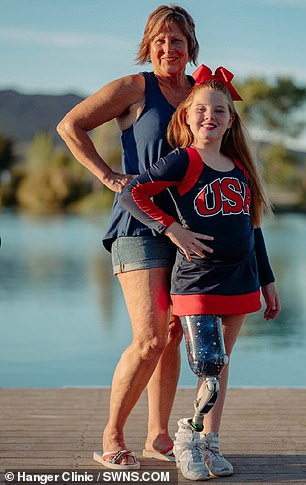 “People have been pretty accepting,” said grandmother Mary. “Some of her friends didn’t even realize she was missing a leg until she removed it after practice. Occasionally people stare, but she owns it.”

Because of the pandemic, Mikenzie has not been able to compete in person. She’s been doing virtual competitions instead but is not too happy about it.

Her grandmother added, “The virtual competitions were different, but she did quite well at them.” 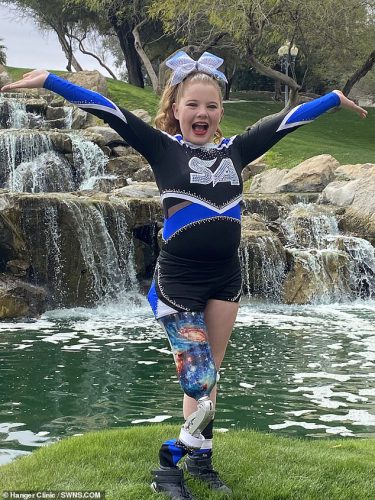 In addition to her cheerleading work, Mikenzie also likes to go out into the Pacific Ocean. She has been getting into wakeboarding and has gotten good enough at the water sport to be able to ride the board backward.

In September, Mikenzie Adams will compete at the 2021 International Cheerleading Union Worlds in Orlando.