She Hasn’t Cut Her Hair For 17 Years, And Now Her Photos Are Going Viral. 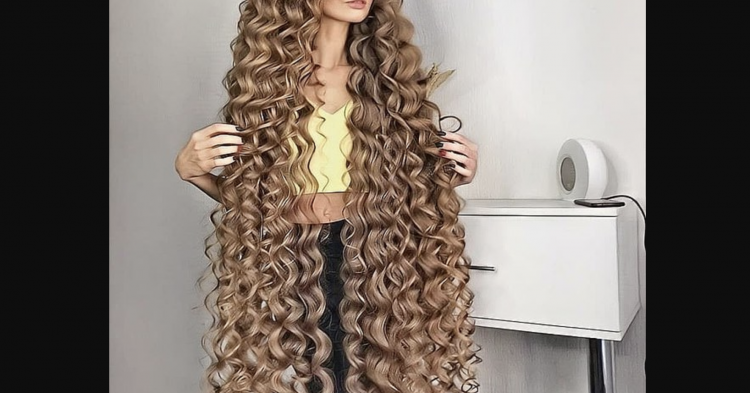 For the last half of her life, Daira Gubanova has not cut her hair. Because the thirty-four-year-old has been growing her hair consistently for the last seventeen years, images of her hair have gone viral thanks to their incredible length. Daira decided to grow her hair after she made a bet with a friend when she was a teenager over whether or not she could go without cutting her hair – she hasn’t lost the bet yet.

Now people are referring to the young mother from Barnaul in south-central Russia as a real-life Rapunzel. She first started growing her hair when she was fourteen but had not cut it at all since she was seventeen. 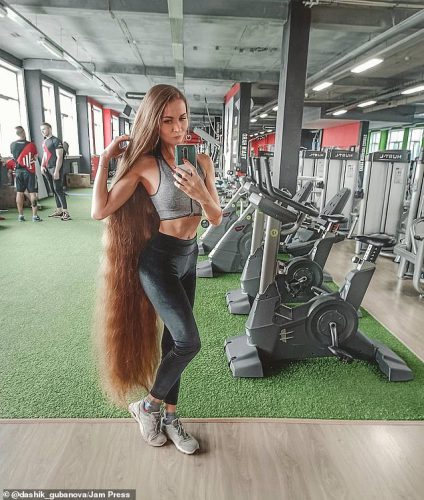 Records indicate that Daira’s hair, which is golden and wavy like Goldie Locks, measures nearly six-feet long or 172 cm. because her hair is so beautiful, Daira has amassed a following on social media with a staggering 184,000 followers on Instagram alone. Her social media profiles are dedicated to showing her hair to her fans. 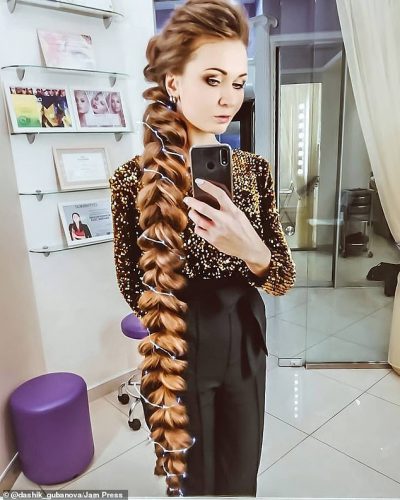 Daira may be the Russian Rapunzel, but she currently only has enough followers on social media to be a model part-time. During her other working hours, she has a job in airport security, where she must get a lot of attention from travelers who see her long hair. 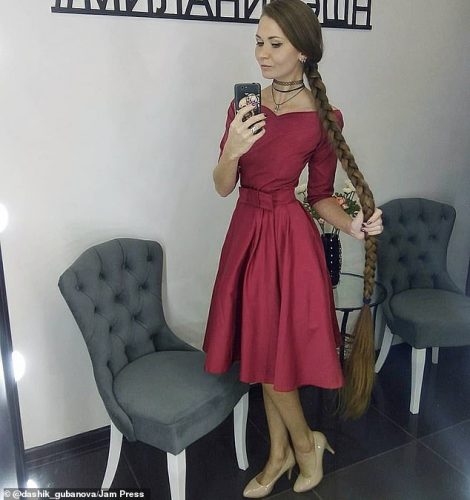 One fan wrote: “You are my favorite stunning, breathtakingly wonderful, very long-haired Goddess.”

Another added: “Goals gotta try to grow mine out like this!” 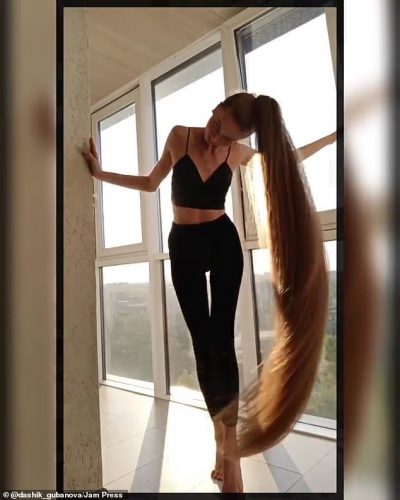 Daira sometimes features her eleven-year-old daughter in her social media posts. According to the girl, she hopes to one day follow in her mother’s footsteps and have long Rapunzel-like hair.

In one instance, Daira explained how she came to be known as the Russian Rapunzel. 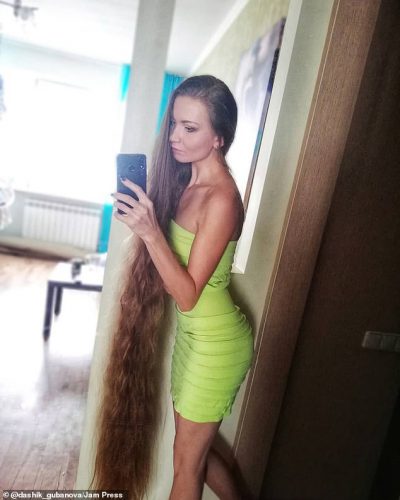 “Until I was 14 years old, I had long hair that was just above the knees.” But that was the year she cut it and had to grow it longer again. She had it cut short and would dye her hair.

“One day, a friend of mine told me that she believed I couldn’t grow my hair as long as hers, so I decided to challenge her and grew it even longer. My daughter Evelina grows her hair long as well and wants to be just like her mother.” 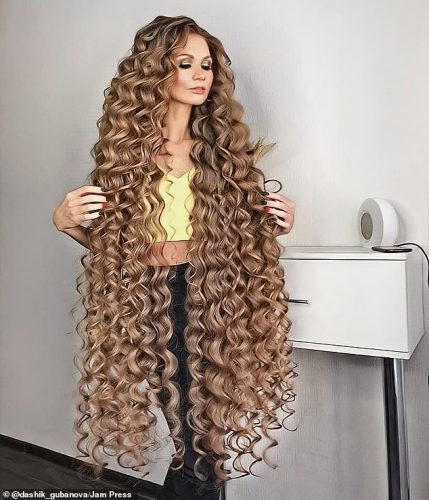 Having such long hair is not easy. Daira follows a strict routine to keep her hair healthy and strong. It starts with a daily application of leave-in cream and a dose of vitamins to keep her hair nice and healthy. Twice per week, she washes her long tresses and also goes through a scalp nourishing treatment.

When she is going out, she makes sure to comb her hair and tie it up. If she has her hair out in public, she runs the risk of getting it caught in something, which could have catastrophic consequences. 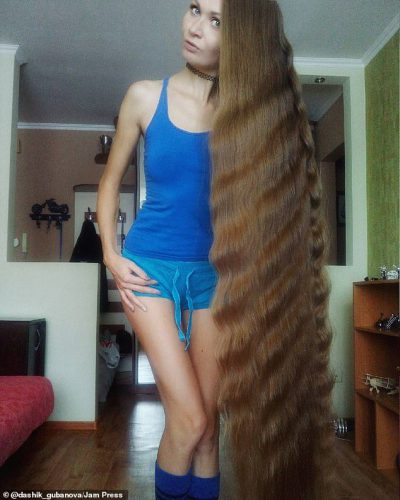 She explains: “Last year, I released my own shampoo and hair balm together with Organic Kitchen – I am using them at the moment. I also use sea buckthorn oil from Natura Siberica and some leave-in hair creams and fluids. In the morning, I comb my hair and style it in various braids or buns. I don’t walk down the street with my hair down as I can only afford to have my hair loose at home. During the day, I redo my hair several times but, in the evenings, I comb my hair once more and style it in a loose braid. I go to bed with my hair loose so that my head can rest as it’s tied up all day long.”

What do you think about her hair?