Sick Dog Can No Longer Walk To The Bedroom, So Owner Starts Sleeping On The Couch 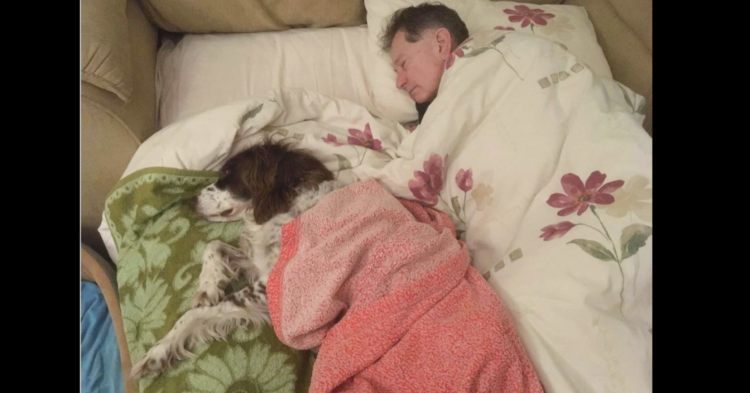 Many dog owners treat their pooches like a member of the family. While there may always be some pet owners who mistreat animals, Spike, a fourteen-year-old English springer spaniel rescue, did not have to live a life that way. After he was adopted into his forever home, he was showered with more love than he had ever known in his life – and he soaked up every gorgeous moment of it.

Because of Spike’s advanced age and health complications – he had suffered two strokes around the time this story is set – he was not as spritely as he had once been. Spike used to be able to jump up on all the furniture and chase people around the house and play around all the time. Now, he was not able to move as quickly and didn’t like to leave a comfortable spot once he’d found it. 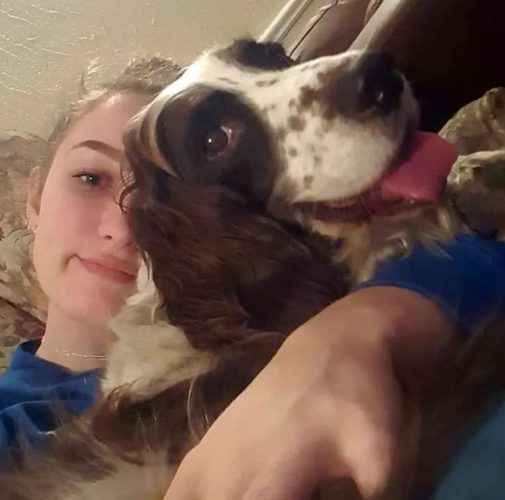 The main struggle that Spike faced after his strokes was getting upstairs to the master bedroom. Before his health problems, he would always go up to the bedroom to snuggle with his beloved owner. Unfortunately, that all changed, and Spike cannot navigate the home like he once did. But that didn’t stop his trusty owners from showering him with the love he deserved. 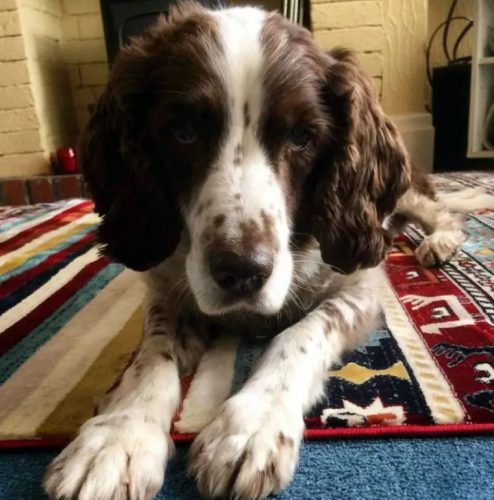 Catherine Morris, the daughter of the people who adopted Spike in 2012, told The Dodo just how much fun the family had with the English springer spaniel.

“The first time we had him, we closed the stair gate and went to bed. He whined for a couple of minutes before jumping up over the gate in the dark and trotting up into my parents’ room and straight up onto the bed,” Catherine said. “That’s where he slept from then on.”

She added, “He loves to snuggle up and tries to push his way under the covers to get as close as possible.” 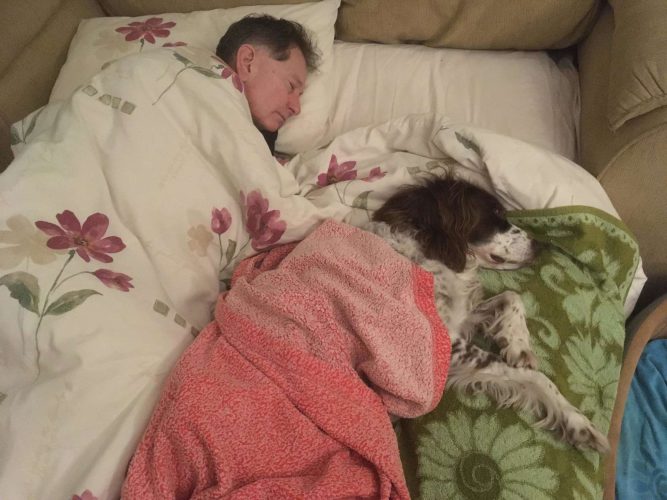 Because of Spike’s medical problems, the family decided he had to become a downstairs dog. Sleeping in the master bedroom was no longer an option since they couldn’t trust his legs to safely take him upstairs.

“This new schedule started while I was away at university, so my parents spent alternate nights downstairs with Spike,” Morris said. “Since I moved back home, I’ve joined the rotation, so all in all, we get a bit more sleep between the three of us.” 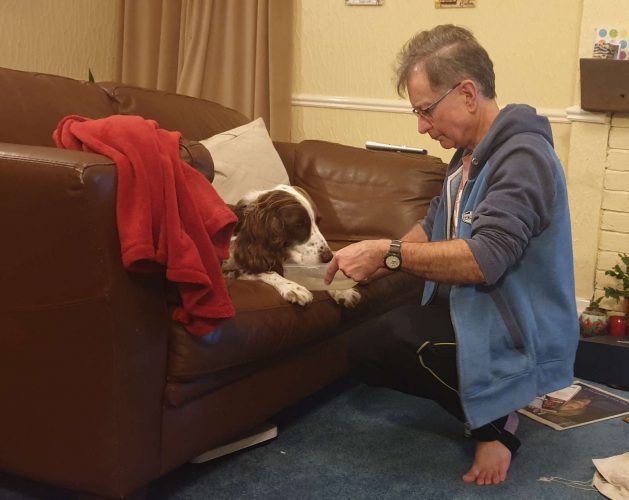 The family just wants Spike to be happy.

“They’re absolutely inseparable,” Morris said. “My dad calls him ‘old bean’ and they’re always chatting away. My dad will also bring Spike his water and food to the sofa and feed him by hand to make sure he gets his medicines and keeps his strength up.”

What do you think about this heartwarming relationship?