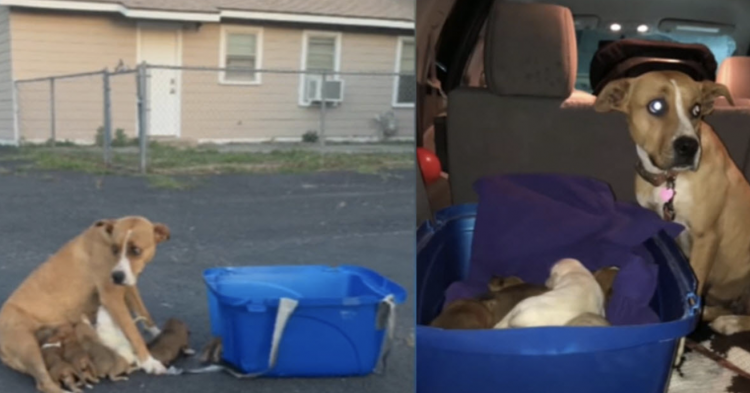 I’ll never understand the monsters who find it within themselves to injure, hurt, or abuse animals. And abandoning animals in their time of need is also a form of abuse. That’s why I – and the animal-loving community at large – are outraged that some monster abandoned a mamma dog and her nine puppies along the side of the road to die. The incident of animal neglect occurred last month when the owner of this five-year-old boxer and her nine puppies were abandoned in the parking lot of North Side Baptist Church in Abilene, Texas.

Since the puppies were just two-weeks old, they could hardly fend for themselves. They needed their mother for nearly everything, and with nine puppies to care for, the mama dog was deathly tired and in need of support – not to mention basic supplies like food and water. 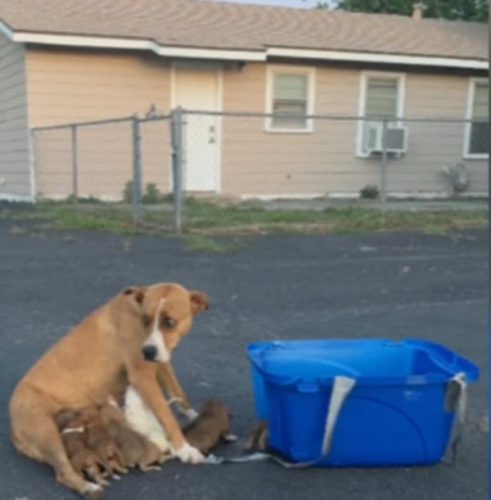 Fortunately, someone showed up who had a big heart – unlike the owner who was willing to abandon the dog in the hot Texas parking lot. This person snapped a photo of the abandoned mother dog and her puppies, shared it online, and soon found that they had the hearts of the good people in Abilene on a string.

Mistie Boerger, with Paw Angel Animal Rescue, saw the photo posted to Facebook. Because she has made taking care of animals in need of her career and life-long passion, she was stricken with grief after seeing the dog and her puppies abandoned in the deathly-hot parking lot. 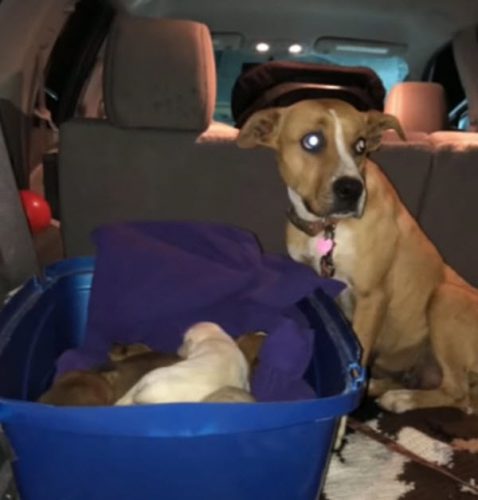 “I saw the picture, and it just broke my heart, and I called Angel, and we went and rescued the dogs,” Boerger told KTXS 12abc.

Mistie called her friend Angel Urban, and together they rushed to the church parking lot. The mother was grateful to have help from Mistie and Angel. She knew that she could trust these true Texans. 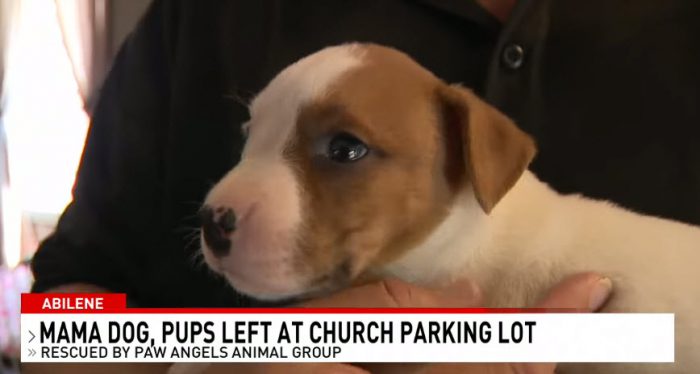 With the approval of the mama dog, the two animal rescue workers transferred the dogs into the back of the car and then rushed them to a place where they’d receive the care they deserved.

“I just don’t know how someone could do that, leaving momma and two-week-old babies,” said Boerger. 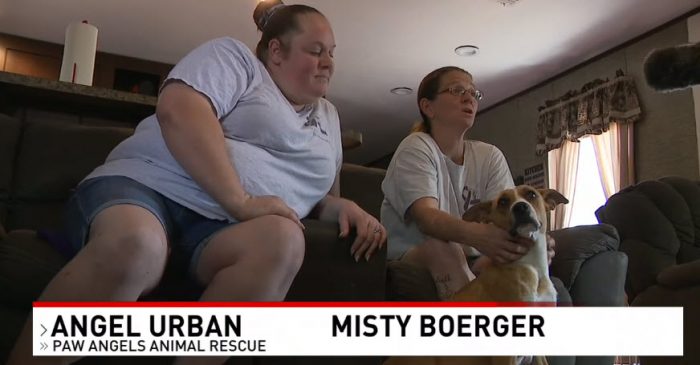 As it turned out, the mother needed medical attention. She was rushed to a local vet. Then, tragedy struck—one of her puppies with diagnosed with a disease. The little puppy had a tumor in its throat and had to be humanely put down by the vet. It was very sad for Mistie and Angel to hear that.

When the mother and her surviving puppies were given a clean bill of health a few days later, Mistie Boerger opened her heart – and her home – to them. She decided she’d foster the doggie family until a more permanent option came along. 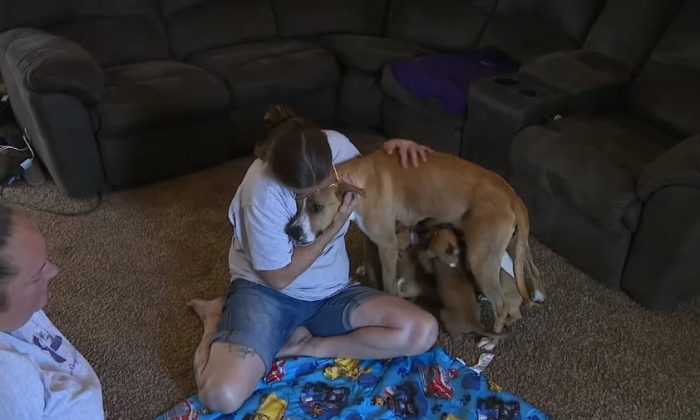 “They will be staying with me for two weeks and then moved to a permanent foster. They will be placed for adoption after they have been spayed and neutered, and mom is spayed,” Boerger wrote on Facebook.

What do you think about the way this Texan helped a dog in need?