Teen Gets Ride From Cop. He Realizes He Said Too Much When Cruisers Show Up At His Job 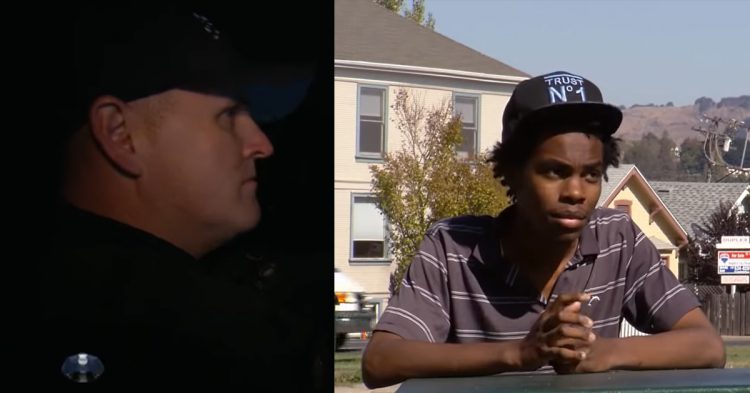 Police officers can be intimidating. Because they have the power and authority to lock people away in jail and can even use their firearms to end a person’s life, many people feel nervous around officers of the law – even when they’re innocent. And 18-year-old Jourdan Duncan is no exception, except he is a young Black man who, statistically speaking, is in more danger from police officers than any other person in America.

Duncan is a hard-working young man who is doing everything in his power to get ahead in life. He accepted a job packing boxes during the night shift for a local nutritional supplement company. Although the warehouse is about a seven-mile drive from his home in Benicia, California, Duncan’s car broke down. Without the cash reserves to get it fixed, Duncan had to walk the seven miles to work, and the seven miles back home to continue earning the cash he needed to create the future of his dreams. 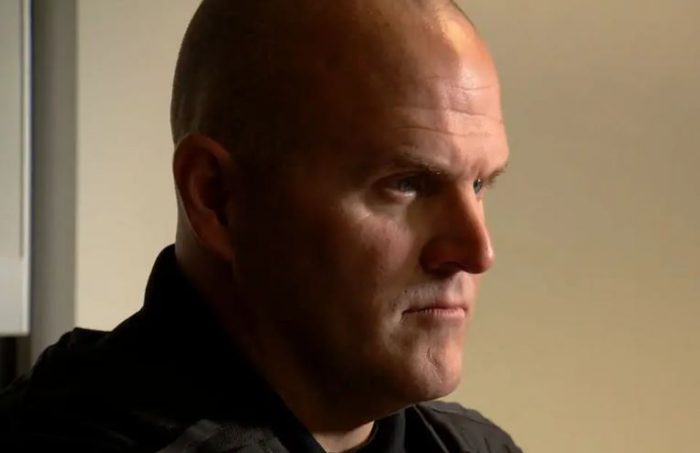 While there might have been someone to give Duncan a drive to his job, he is not an entitled man. He accepts the fact that life is what you make it. He “didn’t want to burden others by asking for a ride.” He chose to walk to work instead.

Little did Duncan know, but a white police officer was tracking him. Benicia is a small town in California, with about 30,000 people in it. The police officer found it suspicious that the young man was walking so far in the middle of the night.

It was Benicia Police Cpl. Kirk Keffer who approached Duncan. He did not like that the young man was walking the streets at night while everyone else in the town was driving. 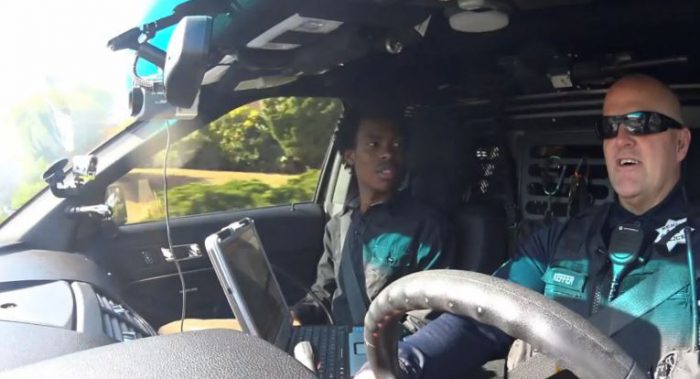 “The street that I caught him on is really dark, and there’s no sidewalks. And he was dressed in all black.”

Keffer used his authority as a police officer to stop Duncan in his tracks. Although Duncan had broken no rules by walking on the sidewalk, the police officer wanted to see what he was up to. Keffer is a ten-year veteran with the police department and patrols the town with an iron fist. 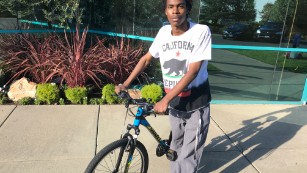 Duncan admitted that he was terrified when the armed police officer confronted him for no obvious reason. Since Duncan, a young Black man, was walking to work and hadn’t done anything wrong, he had no clue why the cop was performing a “routine” stop.

Luckily, Keffer was not trigger happy or afraid of Black people. He listened to Duncan and saw that he could help him. 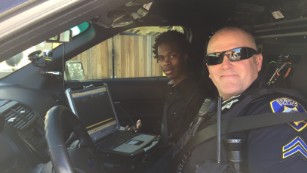 “His drive. His work ethic. To me, that speaks volumes.” Keffer said, “Not that many 18-year-olds you meet have that kind of mindset. They don’t even want to walk down to the store, let alone walk 7 miles just to get to work.”

When Keffer had the chance, he approached the police association and asked them to allocate some money to help Duncan. Keffer wanted to get the young man a car, but the association was unwilling. Instead, they parted with $500 to get Duncan a bicycle. 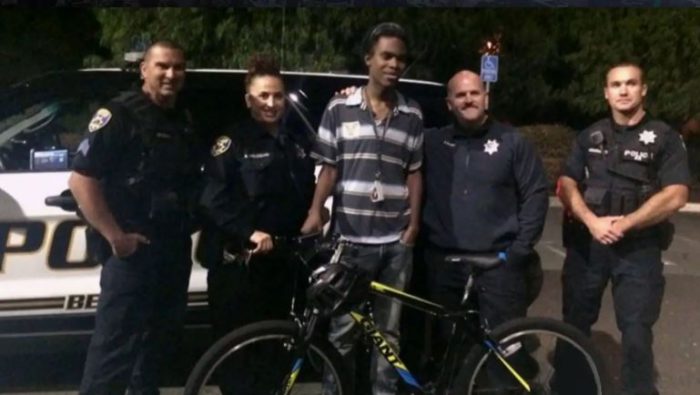 Keffer presented Duncan with the bike, saying: “Hey, we just want to recognize you for your hard work and dedication. A lot of people your age don’t have that. We just wanted to reward you and help you with your commute back and forth, and we hope you will accept this bike on our behalf.”