Teen Has “Scary” Experience After Trying To Pet A Service Dog 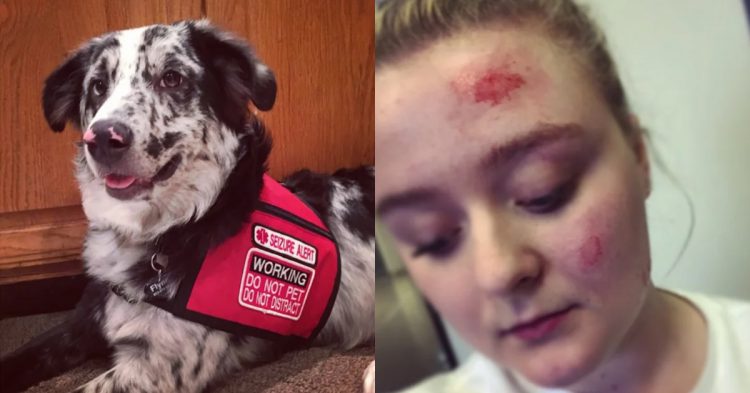 Service dogs may be cute, adorable, and very kind animals, but they’re in public to perform a service. These dogs are on the job whenever you see them out and about in their red vests. Because they’re working hard to keep their owner in good health – whether physical or mental – these animals should never be disturbed. However, when someone decided to pet the service dog that a  teenager relies on to be healthy and safe, she suffered a serious problem that severely hurt her.

While you may want to pet a service dog, you never should because they’re working to help people in need. Hailey Ashmore has decided to come forward with her alarming story after someone pets her service dog – while it was trying to work to keep her safe – and the worst-case scenario happened. Not only did Ashmore suffer an attack that left her bruised and battered, but it was also entirely preventable if her service dog had not been distracted by an oblivious stranger intent on petting the animal. 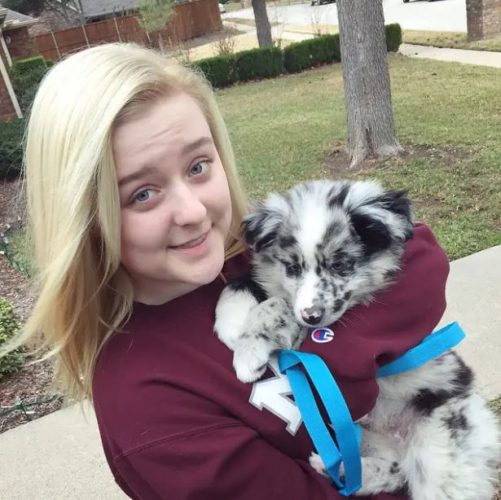 As a young girl, Ashmore was diagnosed with Ehlers-Danlos syndrome. This degenerative disease affects the body’s collagen, which is an essential ingredient for good health. Although Ashmore dreamed of being a dancer when she was a young girl, her diagnosis stripped that hope away from her. 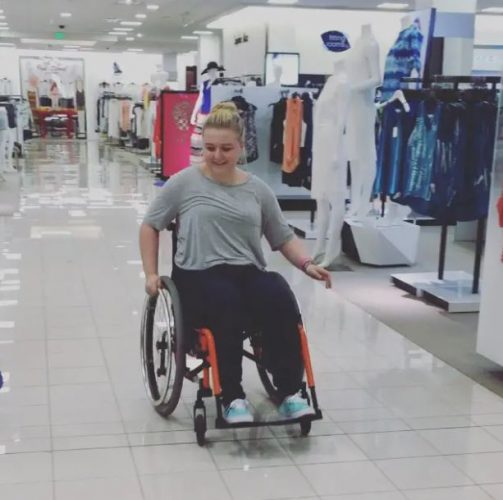 The condition causes severe chronic pain, joint issues, as well as joint dislocations, subluxations, hyperextension, and general fatigue. This is a condition that is challenging to control and overtakes Ashmore at a moment’s notice. She needs her service animal by her side at all times to ensure her own safety. 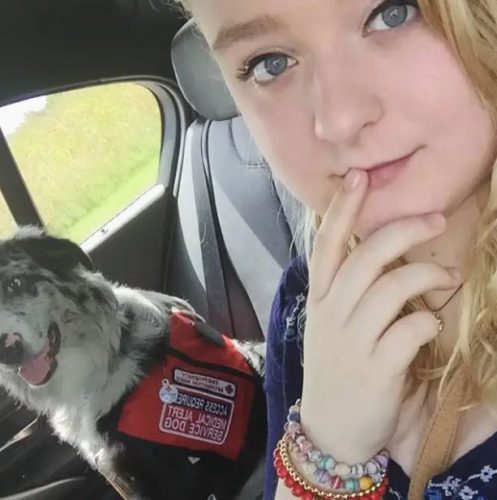 Ashmore had to give up on her dream of dancing because of the condition. It was devastating for her. But when she was given a service dog named Flynn, he helped brighten her life up a little bit. In a matter of months, he proved his worth by saving Ashmore’s life on many occasions. He has been a source of infinite value to the young woman who is trying to make the most of her busy life. 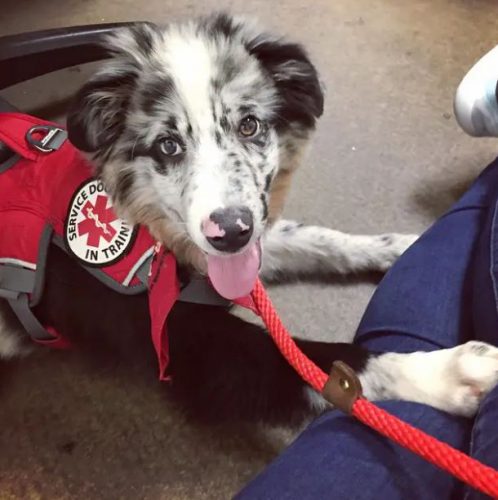 However, Ashmore wants people to remember not to pet service dogs. Because a coworker thought Flynn was so cute, they started petting the dog. At that moment, Ashmore started suffering a seizure. 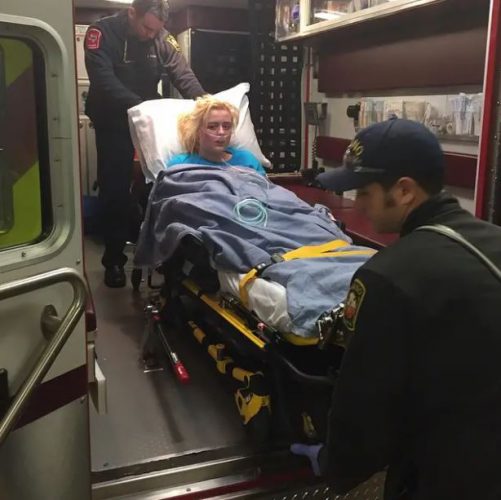 She collapsed to the ground, smashing against it with force. If Flynn was not distracted, he could have alerted her to the upcoming seizure, so Ashmore could have gotten into a safe position to prepare for it. 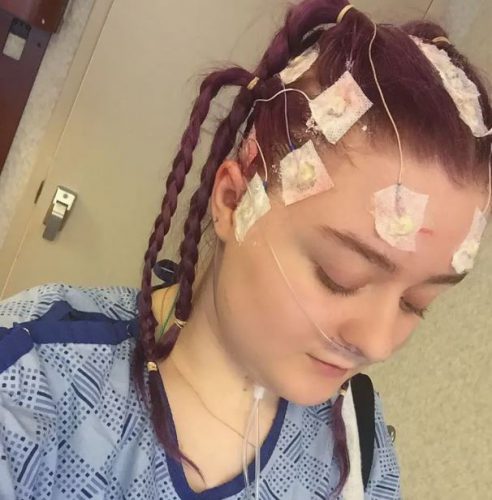 Ashmore’s coworker prevented Flynn from performing his essential job. This put Ashmore’s life in critical danger as she became seriously injured from the incident. The coworker learned their lesson, but Ashmore wants more people to realize the peril of petting a service dog because their work is essential for their owner’s safety. 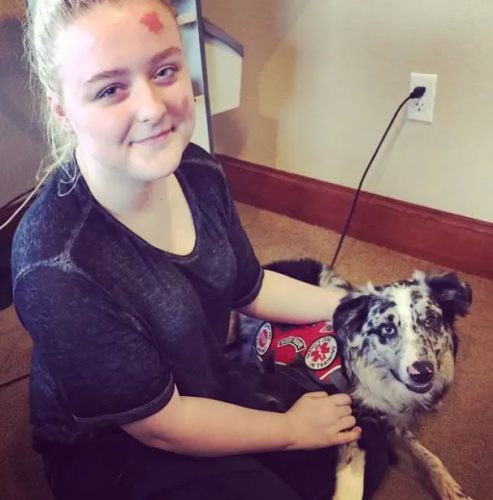 The lesson? Do not pet service dogs unless you have the express consent from their owner. These dogs are working to keep people safe and well. Do not interrupt them from doing their job. You may cause a lot of harm. Just look at the photos of Ashmore’s injuries if you need proof.