The Boy Genius Who Was Set To Graduate College This Year Has Decided To Drop Out Of School : AWM 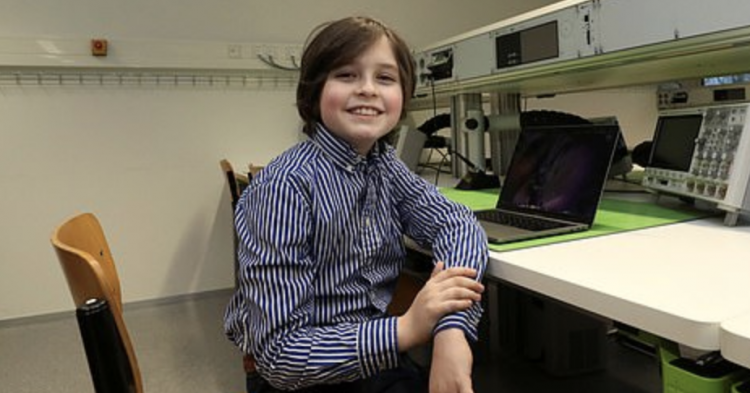 A young boy, age nine, was on track to become the world’s youngest university graduate. The genius from Belgium was so smart that he raced through all his classes, achieving college-level success before he reached his first decade. But when the stubborn leaders at the Dutch University of Eindhoven decided to push back on the graduation date of the young genius Laurent Simons, the boy decided to quit school and strike it out on his own.

Simons made headlines last year when he was on track to complete his bachelor’s degree before the end of the year. The boy loved his classes at Eindhoven’s University of Technology and would have become the first person to ever graduate with a college degree before turning ten. 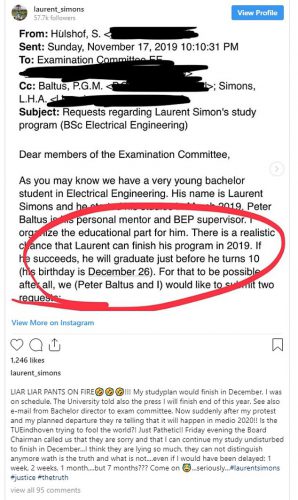 But yesterday, the school thwarted the boy’s plans. The academic advisors told the boy and his parents that it didn’t seem likely he’d be able to graduate on the day he planned. He had a number of exams to finish before his birthday on December 26. The school did not think it was possible for him to get them all done in time.

Because Laurent Simons was not used to be told “no,” he “dropped out” of college right at the finish line. Instead of following through and earning his degree, he decided to quit altogether. He went so far as to describe the people who work for the university as a bunch of “pathetic” “liars” who don’t know what they’re doing.

On November 17, an email was sent regarding Laurent’s chance of succeeding at his goal.

“There is a realistic chance that Laurent can finish his program in 2019. If he succeeds, he will graduate just before he turns ten (his birthday is December 26). For that to be possible after all, we (Peter Baltus and I) would like to submit to requests.”

With people on his team, Laurent thought he was going to graduate in time to earn the world record.

After failing an oral exam, Laurent protested it and fought back against the school.

“Liar liar pants on fire!” he shouted on the social media post. “My study plan would finish in December. I was on schedule. This University also told the press I would finish the end of this year. See all (this) email from Bachelor director to exam committee. Now suddenly after my protest and my planned departure, they are telling that it will happen in medio 2020! Is the TUEindoven trying to fool the world?! Just pathetic! Friday evening, the Board Chairman called us that they are sorry and that I can continue my study undisturbed to finish in December. I think they are lying so much. They cannot distinguish anymore what is the truth and what is not. Even if I would have been delayed: 1 week, 2 weeks, 1 month. But seven months? Come on.”

“Laurent is an exceptionally gifted boy who is going through his studies at an unprecedented pace.”

The school might be struggling to keep up with the boy.