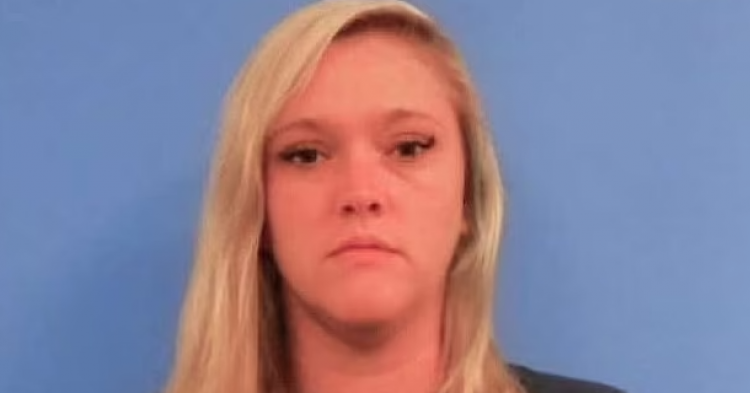 On Thursday, officers with the Troup County Sheriff’s Office in Georgia arrested 30-year-old Kylie Strickland. The young woman had created a TikTok video in which she exposed her breasts to young boys at a pool. The user of the Chinese-created social media app was charged with electronic pornography and child exploitation, which is considered a felony in the state of Georgia – she allegedly exposed her breasts to two young boys at a Pike County home in a “provocative manner” that was entirely inappropriate for underage children.

Pike County Sheriff’s Office received “numerous complaints” about Strickland’s video. She lived in LaGrange, Georgia, and was arrested on Thursday because of the video she created for her social media fans and followers. Since her arrest, Strickland turned all of her social media accounts to private to try to block people from seeing what she did. 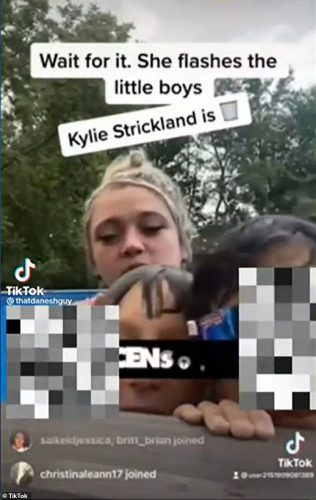 Strickland exposed her breasts to the underage boys while she was swimming at the Pike County residence. She was wearing a skimpy pink bikini when she lifted off her top and showed the young boys her exposed breasts. She claimed that the boys were “taking shots of tequila” before she arrived for the pool party.

The Pike County Sheriff’s Office reported that she was arrested and will remain in custody until her upcoming bond hearing.

In her first video, she shows her fans how she exposed her breasts to underage boys. She created a second video after the first to explain that she is not to blame for failing to protect the children from her sexual exploits. 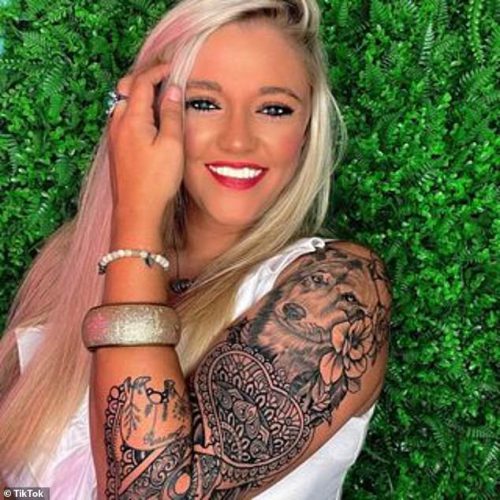 “It’s not my responsibility to parent someone else’s child. Those kids go to mud rides.”

In another video, Strickland showcased text messages between herself and one of the parents of the boys.

“What’s up? [redacted] just called me and [redacted] they was [to] make sure we wasn’t made about you showing them [sic] boys your tits. I told them heck no, I ain’t. I’m proud of them, so you cool with me.” 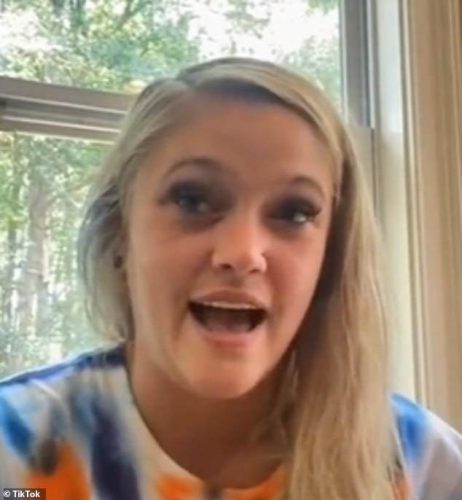 When the father replied, he made it clear that he was not bothered that his underage son saw the 30-year-old’s breasts.

“Nah, you good, someone done got mad [sic] they had to pay to see them and the boys didn’t.”

Last year, Strickland earned social media fame when she detailed how she was a survivor of domestic abuse. She reported how her then-boyfriend, Cody Weems, attacked her in April 2021. The man allegedly broke in through her bathroom window and began slapping her.

Weems found another man to be in Strickland’s house. He attacked the other man, but the other man was able to escape. He then turned his rage on Strickland and dragged her out of the house by her hair, and told her that she was “going to die tonight.”