These Are The 4 Kids Who Were Alone And Lost In An Alaskan Blizzard For 24 Hours : AWM 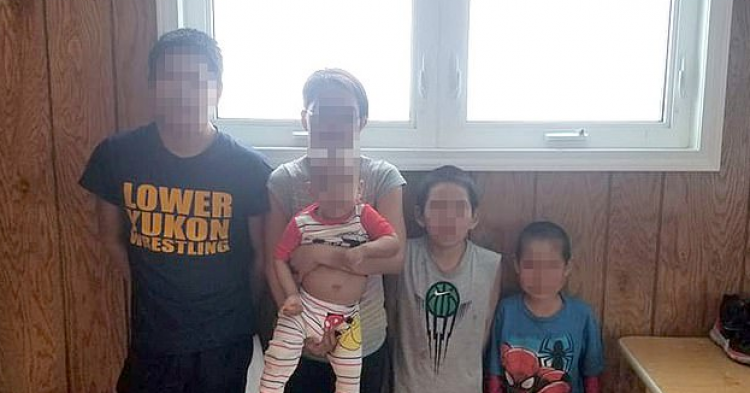 When four children went missing during a blizzard in Alaska, everyone feared the worst. There was nearly a zero percent chance that these little children, which included a two-year-old, would ever be able to survive the Alaskan wilderness during the most brutal weather known to man – a wintery blizzard that blocked out visibility and dropped temperatures to deathly lows.

However, the four children have been found – and they’re all alive. Even the two-year-old survived. The children were found by a search and rescue group at 4:25 pm on Monday in an area about eighteen miles south of Nunam Iqua, which is a remote community in Alaska with a population of about 190 people. 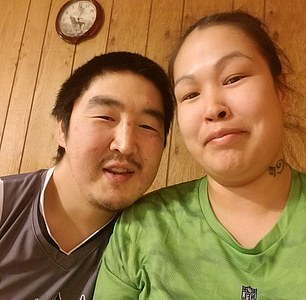 The children who survived the catastrophic incident were ages fourteen, eight, seven, and two. How did they survive with only being “cold, hungry and tired?” It was a miracle of the rescue teams ever did see one.

The children had ventured out into the blizzard for a ride on a snow machine. The eldest, 14-year-old Christopher Johnson, was in control of the vehicle, which also included eight-year-old Frank Johnson, seven-year-old Ethan Camille, and two-year-old Trey Camille. They were just having fun in the snow and were expected home by 1 pm. When they didn’t return as expected, the parents began to worry. They alerted the Alaska State Troopers that the children did not appear as planned, and a search party was launched.

Karen Camille is mother to three of the boys. She said the children left the home to enjoy the snowmobile ride when suddenly the weather took a turn for the worst, and the blizzard came gliding over the land. While three of the children are hers, the other one is her brother.

“It became an hour, and the weather started being bad, and that’s when we called for someone to go out and look,” she said. As you can imagine, this mother was terrified that her beloved sons would be lost to the grueling blizzard that was ravaging the landscape. 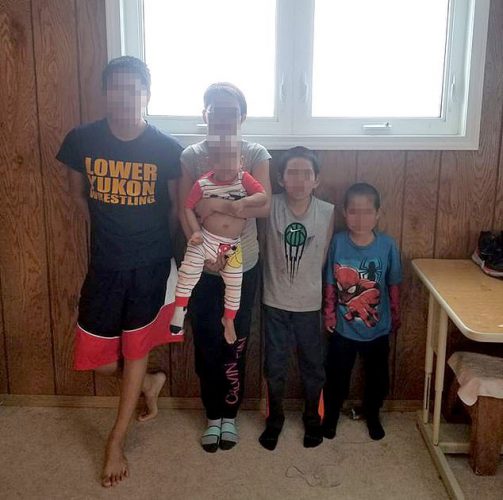 Alaskan authorities took the missing persons’ report seriously. The Coast Guard and Army National Guard helicopters were sent out to look for the missing children. There were also search-and-rescue groups created from communities in the surrounding wilderness who all pitched in to help find the missing kids.

However, the search had to be called off at 2 am when visibility got really bad because of the blizzard.

The children managed to use their survival skills to make it through the night. They found shelter to weather the storm and were located the following afternoon. They proved that they were worth their weight in courage. How brave they must have had to be to survive the blizzard that put the Army and Coast Guard out of commission.

The father to some of the missing boys, Alphonso Thomas, told the media: “It immediately brought me to tears. I would never have thought that he would make it. Being two and with weather like that, people don’t usually make it. Tough kids. All of them.”

What do you think about these heroic children?