These Sisters Have Been Missing For Years, But Police Found Them Living In Plain Sight 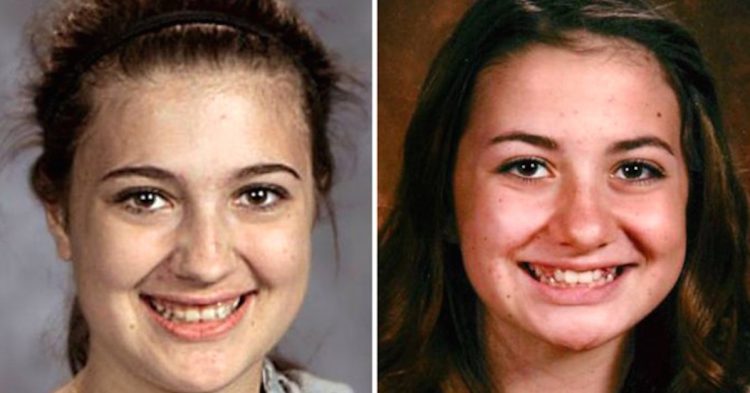 Divorce is hard for every family. But the divorce proceedings between David and Sandra Rucki were particularly bad. Their teenage daughters hated seeing their parents constantly fighting and yelling at each other. But the teens were not the only children embroiled in the bitter divorce. The couple had five children that they were fighting over custody for all of them – and then Sandra came forward with an accusation of abuse.

Although David denied that he ever hit Sandra, this accusation was too much for the children to bear. They couldn’t stand thinking that behind closed doors, their dad was beating their mother and abusing her in all kinds of unthinkable ways. What had happened to their parents?

Then, all of a sudden, 14-year-old Samantha and 13-year-old Gianna disappeared from the family’s Minnesota home. No one could find them or had any clue where they had gone during the custody battle.

A month after the girls disappeared, Sandra made another claim against her husband. This time she said he threatened to shoot her and the children.

At this point, Samantha and Gianna were officially listed as missing persons. Their family was distraught and hoping to find them as quickly as possible. But the girls did not want to be found. They wanted to avoid their family troubles.

Police did their best to follow every lead possible. They just couldn’t get any track of the missing girls.

Then, in 2015, the cops got a big break. They followed a stale trail all the way to White Horse Ranch, which was about three hours from the family’s home.

This location provides therapy to abused children. And, by the mother’s accounts, Samantha and Gianna were under abusive stress at the hands of their violent father.

Owners Doug and Gina Dahlen told police that Sandra dropped the girls off at the therapy ranch. But after dropping the girls off, she never came back to visit. They said the girls had lived on the ranch from April 2013 to November 2015, when they left on their own accord.

During this time, a court-appointed psychologist reported that Sandra brainwashed her children against David and tricked them into going into hiding at the therapy ranch.

Sandra was arrested. David was given full custody of all five children. Although he had accusations against him, it seemed like Sandra was the one who was wrong.

“If that community and church looked the other way, then shame on that community,” David told the Star Tribune. He was appalled that the Dahlens failed to alert him that they were housing his teenage children.

Sandra found herself a free agent again when she was released from jail in October 2016. However, she will be completing her next stint of jail time over the next six years. She’s currently trying to fight her ex-husband for the custody of her beloved children. But do they want her back? Only time will tell.

What do you think about this crazy story? Did you think the mother was responsible for what they claimed?