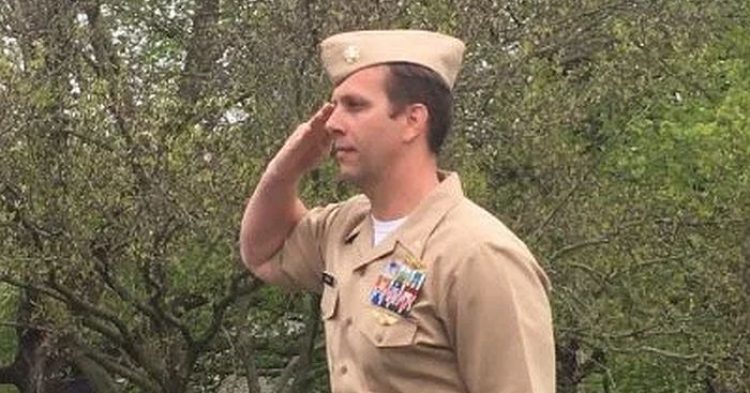 In Pennsylvania, a small town trod on the first amendment rights of a naval officer. The victim is Lieutenant Commander Joshua Corney, and he lives his life in rural Pennsylvania while he is not on active duty. He often spends months at a time in combat zones in Iraq and Afghanistan. Because he lost many close comrades while serving the United States, he returned home to Pennsylvania with a promise to honor the fallen heroes who did not have the chance to return home as he did.

That’s why Lieutenant Commander Joshua Corney began playing a recording of taps, the military bugle call that is often heard at military funerals, on his large, five-acre rural property in Glen Rock, PA. This small town has only about 2,000 people in it, but that didn’t mean his tribute to the fallen warriors went unnoticed. 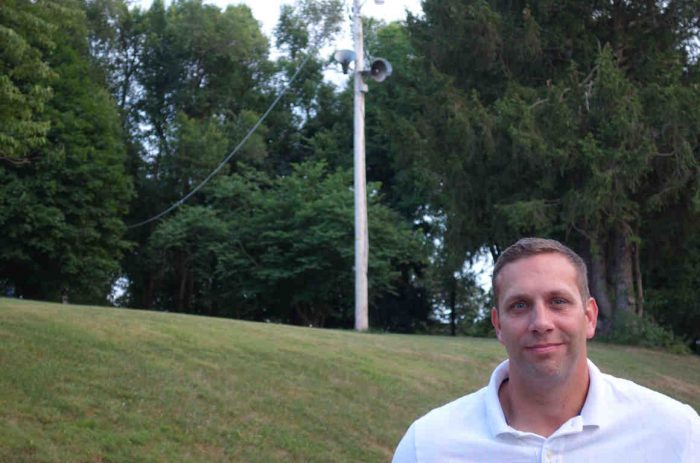 Every evening at around 8 pm, Lt. Commander Corney played the recording to honor every man or woman who fell while they served.

“I play the audio memorial in remembrance of those who paid the ultimate sacrifice as well as those who continue to serve and protect our country and freedoms,” Lt. Commander Corney said.

However, when his first amendment right was a challenge, he sought the defenders of the Constitution – the ACLU.

“It is a way to honor a promise I made to God, by taking 57 seconds each day to reflect on sacrifices made 24 hours a day, 365 days a year to obtain and sustain our freedoms.”

For two years, Lt. Commander Corney played the audio track as a tribute to American heroes. But then a neighbor approached Corney asking if he could lower the volume. He obliged by moving the speakers. But then another neighbor complained that the veteran was playing the music. This time they bypassed Corney and went straight to the local government.

In response, the rural Republican town demanded that the Lt. Commander shut the music off and stop honoring the fallen heroes. That’s why the ACLU is stepping in to defend this veteran’s first amendment rights.

The borough ordered Corney to only play his memorial tribute on “flag holidays” and Sundays. If he played it more often, he’d be fined $3000 and get a criminal charge.

In a patriotic town like Republican Glen Rock, it’s a shock to see its GOP leaders trying to criminalize the soldier’s memorial. That’s why Corney knew he needed the big guns, so he called the defenders of the Constitution.

The ACLU has proudly taken on Lt. Commander Corney’s case and shared an article about it and why Glen Rock is wrong to silence him.

“Free-speech cases often arise in unusual settings. Some people may be surprised that a serviceman’s broadcast of taps – a song widely regarded as patriotic and intended to honor the sacrifices of those who place themselves in harm’s way to fight for our constitutional rights,” the ACLU writes. “No matter who you are or your station in life, you may need the Constitution.”

Are you surprised Glen Rock wants to silence the memorial?