VIDEO: The Driver Thought The Train Could Make It Over This Bridge During A Flood. He Was Wrong : AWM

VIDEO: The Driver Thought The Train Could Make It Over This Bridge During A Flood. He Was Wrong 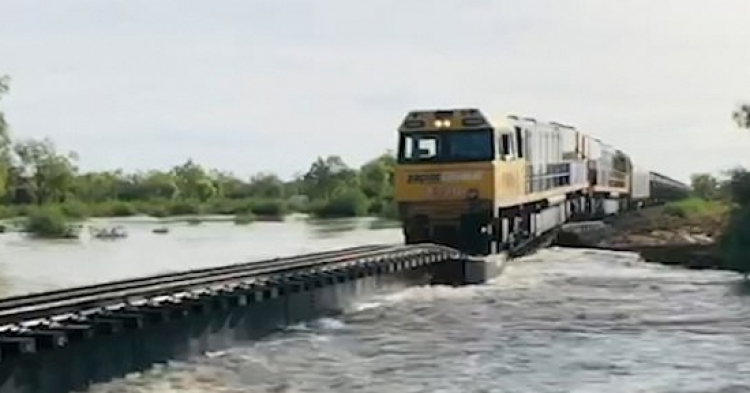 Footage shows the moment a freight train nearly gets derailed after a flash flood threatens to erode the train tracks. Because the tracks are collapsing underneath the heavy train because of the excessive amount of water, the train nearly gets derailed and throw into a potentially deadly crash. The footage was captured by a bystander who witnessed the scary incident at 6:30 am in Queensland, Australia, on Sunday.

When the footage opens, you can see that the train tracks are consumed by brown water. The murky liquid has entirely engulfed the tracks because of an incident of flash flooding that doused the countryside in water. The flash flood has caused significant submerging of the train tracks. Because of the downpour, the accumulated water has covered the tracks and has made it quite difficult for the train to continue along its way, which is why things have gotten out of hand. 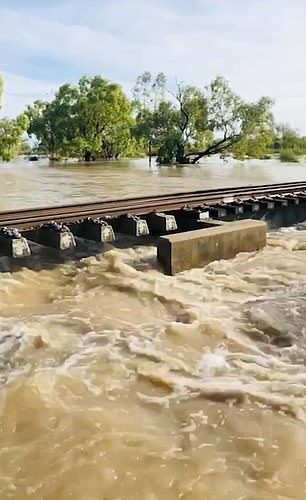 You can then see the moment the yellow train from Pacific National comes lumbering down the tracks. The train has stopped at the right-hand side of the screen because of the significant flooding. The train then beings to reverse.

The section of the train tracks directly in front of the train is then seen bending under the weight of the train. The tracks begin to collapse and could cause a calamity. Fortunately, the conductor is very experienced and remains calm under pressure. The train manages to back away and reach solid ground right before the track bows and bends and would have collapsed under the train, sending it falling into the flowing water. 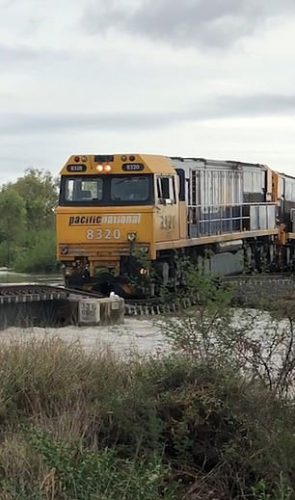 Experts believe that the influx of water washed away the support from the track. This would have caused it to lose stability. The person who filmed the scene was in awe that the train conductor was able to remove the vehicle to safety without it collapsing into the flowing water.

“I went to Prairie Creek for a look at the water levels after a night of heavy rainfall,” the person who witnessed the sight said. “I noticed that the train was stopped near the creek. When I got closer, I witnessed the train on the eastern side of the bridge as the bridge had started to collapse under the train. 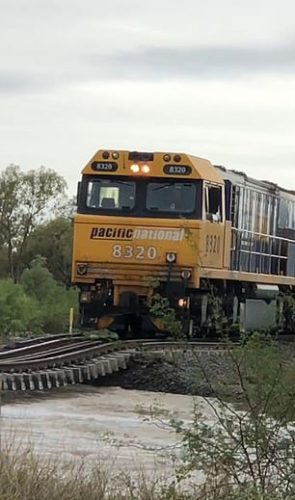 “I am unaware of the exact events. However, it looked like they had taken the safest option to pull the train up until notified to reverse it back off the tracks, which they were able to do safely.”

The railroad remains closed while engineers get to work fixing the damaged tracks. The regional head of Queensland Rail, Jim Benstead, said, “Our crews are monitoring the situation and undertaking track inspections where conditions allow. Detailed track inspections in some areas, including at Prairie, cannot take place until floodwaters have receded, and we have visibility of the track. We will work to reopen the line as quickly as possible once it is safe to do so.” 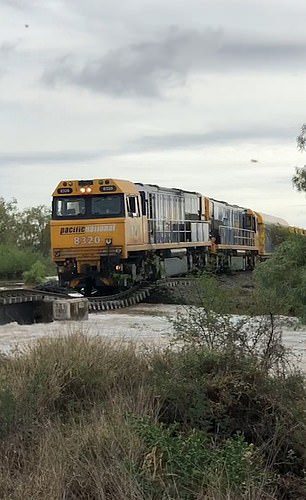 Australia has been bombarded with violent weather because of climate change, including the destructive bush fires that started in September 2019.