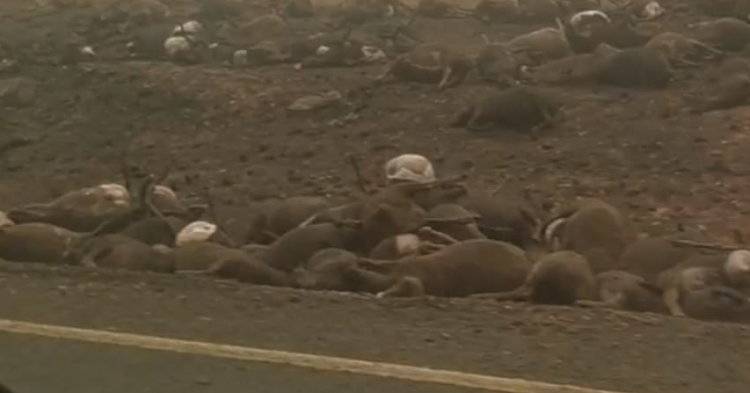 Wildfires are becoming increasingly common now that the effects of global warming are becoming fact rather than fiction. Because temperatures continue to rise around the globe, desert and dry areas are affected most dramatically. Because a degree rise in average temperature can dry out a region and induce drought, fires are able to rip through thousands of acres of land in a matter of hours as counties across California, Colorado, and other states have learned in recent years.

Australia has also been stricken with out-of-control wildfires. During a recent stint of deadly fires, footage has surfaced that revealed the devastating toll on Australian animal life. Thousands of dead animals, including koala bears and kangaroos, were seen strewn along a roadside following the rampage of a wildfire. These thousands of carcasses were blackened to a crisp because of the inferno, which tore through Batlow – a town hit particularly bad during the weekend’s brushfires down under. 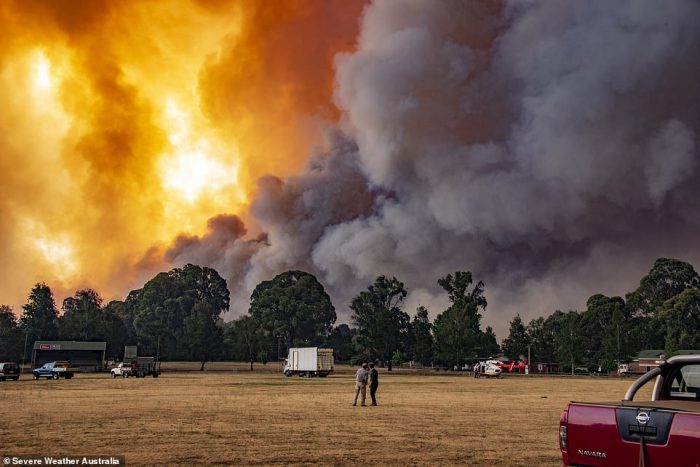 Following an evacuation of the town in New South Wales, people were able to return on Sunday to survey their property and assess the wildfire damage. Those returning to their land were met with the parade of dead animals lying along the roadside after the fires took their lives. The quiet apple growing community was shaken to its core as they drove back into town along Batlow Road, which is the main road in and out of town. The bodies of sheep, koala, and kangaroos were unavoidable and capable of inducing nightmares.

ABC cameraman Matt Roberts posted an image on Twitter along with the comment: “Absolutely gut-wrenching driving into Batlow this morning. Never seen anything like it. Sorry to have to share these images. It’s completely heartbreaking. Worst thing I’ve ever seen. The story must be told.” 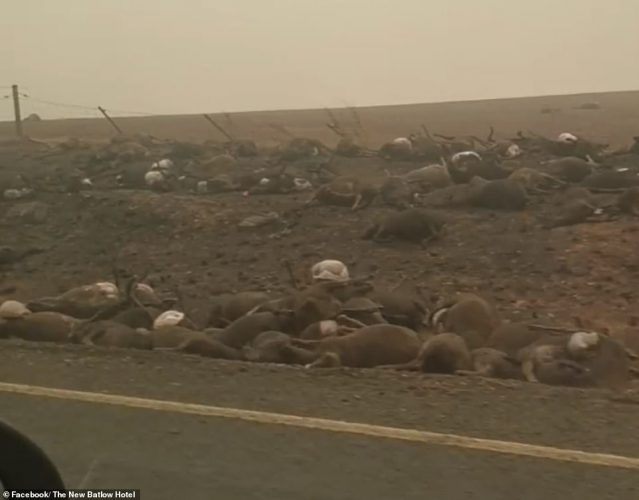 The dead animals lined the main roadway. Apparently, the animals had gotten stuck along the fences that blocked the roads. The bushfires simply burned them alive as they remained stuck behind it.

Authorities believe the fire could have taken dozens of homes. One man, 47-year-old David Harrison, died as a result of the fire while defending a friend’s home from the inferno. He suffered a heart attack while trying to refill a water tank to help put out the fire.

Harrison traveled from his home in Goulburn to help his friend Geoff battle the fire in Batlow. The victim’s brother Pete said Harrison was a good man who would “do anything for anyone.” 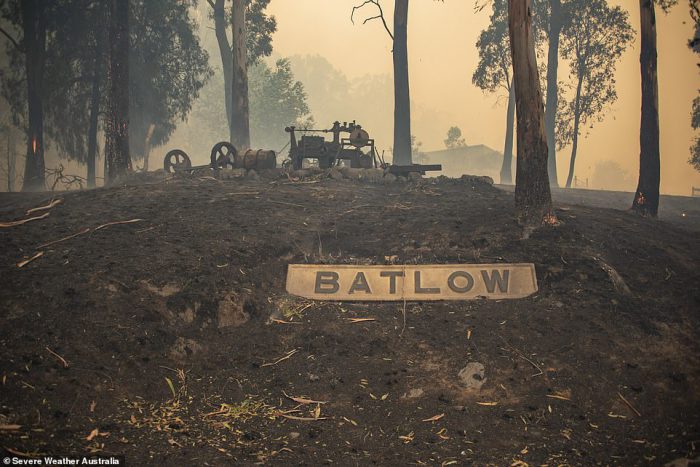 Pete added, “He didn’t want to leave Geoff on his own. He was just that sort of guy. He would help anyone at the drop of a hat. He would drive hours to help you. He’s a hero in our eyes.”

Pete said that his brother and Geoff planned to evacuate, but they became “overcome with the heat, smoke, exhaustion and running around putting out spot fires everywhere” that David just couldn’t make it, and his heart failed him. 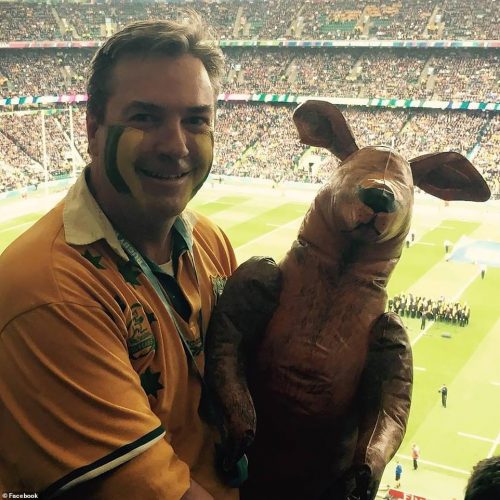 “It was an awful day yesterday. It was a very difficult day.”