When I Found Out What Betty White’s Last Word Was, I Couldn’t Hold Back The Tears 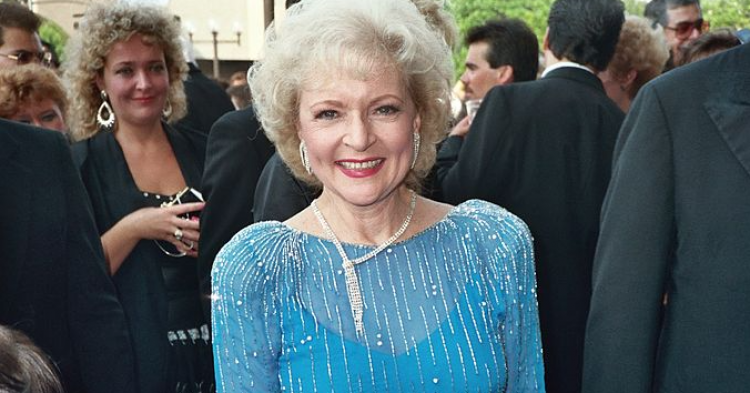 Betty White passed away on Friday at the age of ninety-nine. Now, her colleague Vicki Lawrence, 72, is coming forward to speak about what White’s final words were as she was drifting off to Heaven. Lawrence was with White during her final moments and described how the late, great actress’s final words were calling out to her late husband, Allen Ludden.

On Monday, Lawrence spoke to Page Six about how she spoke to 88-year-old Carol Burnett in the wake of White’s passing.

“I texted Carol and said, ‘This just sucks. I hate this. It’s just horrible to see the people you love so much go away.’”

She continued: “Carol wrote back and said, ‘I know, I know. I spoke to Betty’s assistant, who was with her when she passed, and she said the very last word out of her mouth was Allen.’ How sweet is that? I said, ‘That is so sweet. God, I hope that’s true. For all of us, I really hope it’s true, a lovely thought.’”

Lawrence worked with White on the NBC series Mama’s Family. The program ran from 1983 to 1990. White appeared on sixteen episodes of the show in her role as Ellen Harper Jackson. In the wake of White’s final days, Lawrence has opened up her heart to speak about what it means for her and the world to lose Betty White, the icon.

“Well, you didn’t really work with her. You just had a good time,” she said. “Carol called it ‘playing in the sandbox,’ and I think that’s exactly what it was. Betty was just the perfect playmate.”

According to Lawrence, White was “incredibly professional” during her time on Mama’s Family. She added that “I don’t remember her ever not being prepared or ever messing up her lines.”

One time White was an hour late because she had rescued a pair of golden retrievers.

“This was before cell phones, and everybody was beside themselves because Betty was never late,” she said. “And she walks in, in a dither, and says, ‘I’m so sorry, but I was driving here, and these two golden retrievers come running out into the intersection, and they’re obviously lost. I had to pull over and get them.’”

Although Lawrence worked with White in the 1980s, she always admired her ability to remain relevant in the industry and “loved hearing [White] talk about early, early Hollywood.”

“Show business can be so disappointing when you meet people, but Betty was such a lovely lady,” she said. “I was reading the other day. When she first started on television, there were only a thousand people in LA that had a TV. Like, holy s***, that’s just insane! I feel like our number one television historian has just left us, you know?”