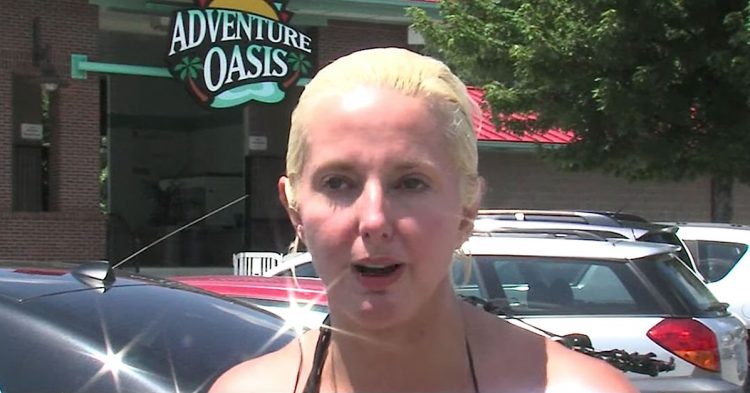 Overcoming obesity is no easy task. But it’s an important one because being obese has dramatic effects on both your health and your quality of life. Madelyn Sheaffer used to be ashamed of her body and was constantly covered up from head to toe. She didn’t want anybody to see her in her unhealthy state. Until she started to lose weight and gain some self-confidence back!

She lost so much weight that soon she felt comfortable enough with her body to go to the waterpark in a bikini. What happened there was enough to affect that confidence she had gained through the weight loss, and she thinks it’s unfair.

The employees at the Missouri water park told Madelyn that she needed to cover up and put on some shorts. The 42-year-old mom was beside herself after hearing the complaints, so she asked to see a manager.

The manager confirmed the employee’s decision and promptly kicked her straight out of the premises. She claims that plenty of other women were wearing the same small bikinis that fateful day, yet she was discriminated against.

“I am comfortable in my bikini. I am happy with who I am,” she told NY Daily News. “My first reaction was why are you singling me out? They said that my bottoms were inappropriate. That was funny to me because they are full-size bottoms. I felt it had more to do with my chest because I am large-busted.”

She refused to leave the premises, even after being banned so the water park was forced to call the police on her. Madelyn then shared the story with her local news stations, hoping some bad press would send a message to the water park that they shouldn’t discriminate against those with different bodies.

In the wake of this embarrassing incident, the Riverfront Times reported that she decided to move to Hawaii. Her Facebook page garnered hundreds of thousands of Facebook likes through the ordeal, yet upon current inspection no longer seems to exist.

So while the story may not be closed on this famous woman, her situation at the waterpark brings up an interesting debate. How specific do the rules need to be for these sorts of situations in order to prevent discrimination? Considering how different all of our bodies are, it seems it will always be up to a subjective view – and women like Madelyn will never be satisfied.

Madelyn made it clear that she has no intention of “going after” the officials at the water park in any way. She posted about the incident to bring attention to an issue that hits very close to home for her and clearly a lot of other people as well.

What do you think of Madelyn’s infamous day at the water park? Share your thoughts in the comments!