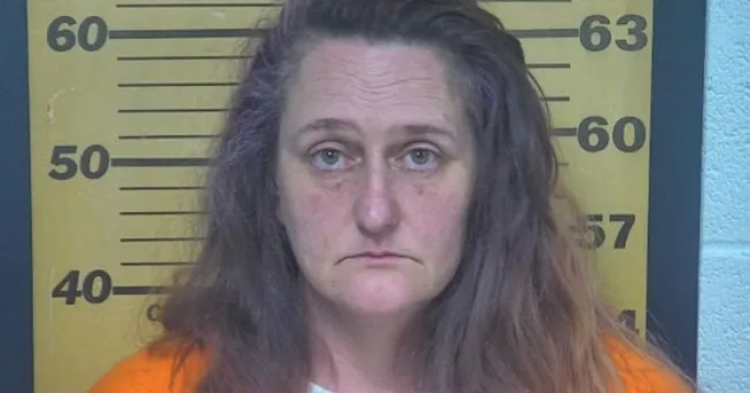 A fifty-year-old woman from Port Clinton, Ohio has been arrested and charged with a felony after she called 911 to complain that her crotch was on fire. During the emergency services call, the woman, Katrina Morgan, told authorities that she needed someone to come and put out the fire that was raging between her legs. According to the Port Clinton Police Department, Morgan called their dispatcher and told the emergency services professional that her “p*ssy” was on fire and that she needed someone to hurry to her friend’s home along the 900 block of Maryland Street in Port Clinton to put out the raging fire that was burning her crotch.

Morgan did get the police to come to her friend’s residence. However, they were rather outraged when they arrived and found that Morgan was doing just fine. Her crotch had not really been on fire. That’s when the responding police officers told Morgan that she should be arrested for making a false claim and for disrupting public service professionals with the wasted effort they took to come out to check on her.

Morgan was furious that the police wanted to arrest her for the false claim. She began resisting arrest and grew agitated, according to a report in the Port Clinton News Herald.

During the 911 call, Morgan spoke to the dispatcher for emergency services and asked if their “hose is working” and said, “I need somebody to come put it out with their hose.” If this statement is meant to be taken literally, then it seems that Morgan tricked the people at dispatch. Instead, it seems like she was looking to pick up a firefighter and have sexual relations with the man. Based on what she said during her 911 call, it seems like the “hose” that Morgan wanted to put out her fire was really a man’s “penis,” although this claim may be unfounded.

Police handcuffed Morgan when she became agitated. She continued to yell at police officers and did not comply with their direct orders. She eventually complied with officer requests when they threatened to use the stun gun on her. After that threat was made, Morgan got into the police cruiser without incident as she seemed to finally have figured out that she was in big trouble with the law for making a prank call to 911.

Police also questioned the other residents at the Ohio property. They all denied that Morgan was on the phone. No one at the residence seemed to have seen the woman making the 911 call. However, police found evidence to suggest that Morgan was not acting alone in her prank. The Port Clinton home was filled with empty alcohol bottles. The residents all confessed to drinking alcohol and said that Morgan had become intoxicated during her visit to the Port Clinton home.

Do you think this 911 caller deserves time in jail for calling police dispatch looking for someone’s “hose” to put out her crotch fire?